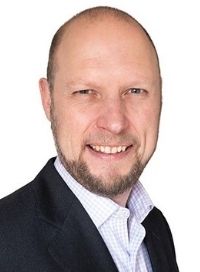 Scott enjoys building effective relationships with clients and business partners. He thrives on being involved in identifying the issues and objectives from an early stage, enabling him to implement commercial, pragmatic and cost-effective strategies for successful dispute resolution. He acts in a variety of business sectors for limited and public companies, professionals including insolvency officeholders, business owners/directors, shareholders, partnerships, charities, and individuals. He has extensive experience of alternative dispute resolution, including mediation, and is familiar with many litigation funding options, including conditional fee agreements, damages based agreements, insurance and litigation funding.

Prior to joining Excello, Scott was a partner at a specialist commercial litigation practice and at a leading commercial law practice with offices in Bristol and London, before which he was a partner and head of dispute resolution at a major national law firm.

Scott enjoys running ultra-marathons, snow sports and tennis, although a series of injuries and age have somewhat limited his ability to continue these sports!

He also enjoys watching football, rugby and cricket and going to gigs and the theatre, as well as spending time with family and friends.

We had a breach of contract claim in which Scott acted for us. Scott provided excellent commercial and pragmatic advice, keeping us up-to-date with progress throughout, and providing an efficient and cost-effective service. His legal knowledge and litigation experience resulted in a successful strategy being adopted and us winning our case at trial.

Director of a limited company

I had a commercial dispute with the property developer and needed legal help in pursuing the claim. Scott has helped me to resolve my case effectively. He keeps the business to the point. I appreciate his punctual communication and prompt responses. Absolutely brilliant service!