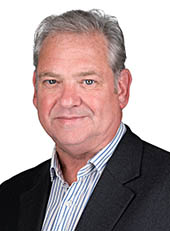 David initially worked as a commercial property lawyer with firms in Liverpool and Manchester before moving in-house at Ocean Group plc, now part of DHL. There he dealt with a very wide variety of work including employment, litigation, both commercial and PI, environmental law, international trade and shipping and commercial property.

He left after three years to join Canter Levin and Berg in Liverpool where he became a partner and head of its newly formed commercial department. He headed a team dealing with a wide variety of property, employment and litigation work. It was at CLB that David first began acting for Housing Associations and acted as principal legal adviser to Liverpool Housing Action trust in Housing management matters from 1994 until 2005 when the HAT was wound up.

David joined Weightmans solicitors in March 2005 and became a partner shortly afterwards. Whilst there he was a senior member of the commercial property team in Liverpool, whose turnover quadrupled in the 3 years after he arrived.

David was also appointed Head of Residential Conveyancing at Weightmans for a time and oversaw the firm’s successful application to the Law Society’s CQS scheme.

Most recently he has been a consultant at Clarke Willmott LLP as part of its development team.

David lives in Liverpool with his wife. They have three sons in their twenties who have scattered themselves far and wide. He is a keen sailor, having attained his coastal skipper qualification.

David follows the ups and downs of Liverpool FC and enjoys playing the piano having been known to take to the stage with various pop and rock combos over the years.

Acting for Liverpool Hat in its surplus lands disposal programme, sales of blocks of flats for refurbishment or re-development to housing associations and developers, at a total disposal value in excess of £11m.
Acting for Bluefield land in the acquisition of a former chemical plant in Sandbach, Cheshire for re-development. The acquisition was made under an agreement to remediate contaminated land. This involved drafting contracts for works, appointments and warranties; settling a large and complex S106 planning agreement; dealing with agricultural tenancies, a lease of part of the site to Eon for a power station, a lease to Brenntag for chemical storage and distribution; and a sale to Taylor Wimpey of a large part of the site with planning permission for 375 new houses, completed July 2015.
Acting for the London Borough of Enfield and Lee Valley regional park authority in relation to the grant to Tottenham Hotspur FC of a site for its new training ground in Enfield. This included the settlement of a development agreement, agreement for lease and lease, planning matters, rights of way, and termination of existing rights of occupancy.