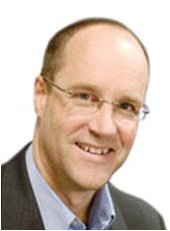 Bryan is a senior specialist in the turnaround, restructuring and insolvency market advising on CVAs, IVAs, administrations, liquidations and bankruptcy.

His work also covers M&A advice in relation to distressed businesses including assignment of debt and security and his clients include directors, shareholders, insolvency practitioners, creditors and funders as well as distressed investors/private equity.

Bryan is the founder and CEO of Tnui, a stressed/distressed investment and consultancy business. Previously he was the head of the Restructuring and Insolvency group at international law firm Salans where he advised on some of the major restructuring in the UK and Europe acting as the principal legal advisor in the restructuring of Little Chef, MFI, Allied Carpets to name but a few.

He has also worked outside the legal sector at Gordon Brothers Europe where he was the CEO for their European operations.

Chambers UK ranked Bryan as one of the leading lawyers in the turnaround finance field.

Bryan is the president of the Turnaround Management Association (UK) and has held the position since January 2010. Under his leadership the UK chapter has gone from strength to strength with an increase in membership of over 30% during this time.

He is also the Chief Executive of TNUI Capital LLP and TNUI Asset Finance Ltd.

Bryan has a love of rugby and skiing.

“He approaches the law as a tool to solve a problem”, clients observed. “We love working with him because he wants to do the best for us and always manages to add value to deals”.