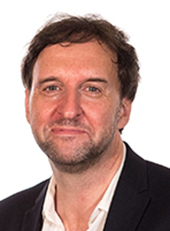 Ashley is one of the world’s most influential Islamic finance lawyers. Best known for his 13 year tenure as General Counsel of the Central Bank of Bahrain (the financial regulator of the world’s leading Islamic banking centre) Ashley has been active in Islamic and Arab financial law for more than 20 years.  He also spent many years as a Solicitor in the City of London where he was Head of Islamic Finance at two large international law firms.

In recent years, much of his work has been with start-ups operating in the fin-tech space and Ashley is an exponent of disruptive technology and alternative delivery finance.

Ashley divides his time between London and the Arab Gulf region, and often travels to other parts of the world on business – so travel and exploring different cultures is a major interest. He admits to a lifelong obsession with playing chess ever since competing in the British Under-16 Chess Championships as a kid.

Co-designer and sole draftsman of the founding documents of the global regulatory body of the Islamic finance industry (the Islamic Financial Services Board).
Presided over the legal team and directly advised government on some of the world’s first multi-million dollar sovereign sukuk issues.
Advised central bank (as financial regulator) on placing the first ever Islamic bank into Chapter 11 bankruptcy protection in the USA.
Drafted the national banking and financial services law of one of the world’s leading banking centres.
Acted on several hundred multi-million dollar and/or complex funding transactions around the world.