Equal pay disparity – what are the legal solutions? 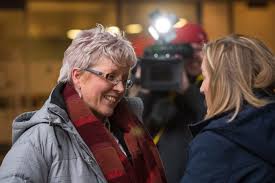 Following Carrie Gracie’s resignation as BBC China editor, when she accused her employer of paying women less than men for equal work, the conversation has moved on from gender pay disparity at the corporation to what legal remedies are available for those who have suffered pay discrimination at the hands of their employers.

A disparity exists between the amount of potential award and the nature of the wrong suffered. If Gracie were classed as an employee, she would rely on section 66 of the Equality Act 2010 (the sex equality clause) and the lack of equality in her pay. However, relying on this means that she would be unable to claim any injury to her feelings, thereby limiting the potential award to a maximum six-year entitlement for back-pay.

There is a notable demarcation between gender and other protected characteristics. If Gracie had resigned on the basis of the BBC’s failure to pay her the same as a comparator of a different race, for example, she could not bring a section 66 claim but would be able to bring a claim under section 39(2) of the Equality Act for a discriminatory dismissal. Accordingly, her compensation could then include both arrears of pay as well as compensation for injury to feelings, which could potentially run into many thousands since liability is theoretically uncapped.

As a public service institution, the principle of equal pay for equal work is increasingly acute for the BBC as it continues to be drawn into high-profile employment law issues. Although rival broadcasters avoid the same scrutiny, perhaps because they are not funded by the licence fee, the law applies equally to every employer.

Published in Letters in the Law Society Gazette – 5 February 2018