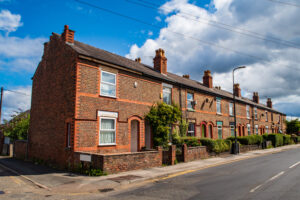 The Party Wall etc. Act 1996 provides an invaluable and frequently used mechanism by which disputes between owners of adjoining properties can be resolved without the need to go to court – but can that mechanism be invoked unilaterally? In a ground-breaking case, the High Court has answered that question with a resounding ‘no’.

The owner of a semi-detached property carried out works to his property without serving notice on the owners of the adjoining property under the Act. The adjoining owners asserted that the works had damaged their property and purported to invoke the dispute resolution mechanism enshrined in Section 10 of the Act.

They appointed a surveyor to resolve the dispute. The latter nominated another surveyor to represent the owner’s interests. The owner played no part in the proceedings, maintaining that the works fell outside the scope of the Act. The surveyors nevertheless purported to find that the Act applied and directed the owner to pay the adjoining owners £4,223 in compensation. After the owner launched proceedings, a judge found that the award was null and void in that the surveyors lacked jurisdiction to consider the matter.

Appealing against that outcome, the surveyors argued that a broad interpretation of the Act should be adopted. Conferring a wide jurisdiction on surveyors in party wall cases had the obvious benefit of enabling quick and cost-effective dispute resolution without recourse to the courts. It would be unattractive if, by choosing to ignore the notice requirements of the Act, a building owner could deprive an adjoining owner of the benefits and protections that the legislation was intended to confer.

Dismissing the appeal, however, the Court found that a dispute does not arise for the purposes of Section 10 in circumstances where works have been performed by a building owner who did not serve notice under the Act, does not accept the applicability of the Act and does not seek to invoke the Act. On the facts of the case, no dispute had arisen under the provisions of the Act that the surveyors had jurisdiction to resolve.

On a true interpretation of the Act, the statutory dispute resolution mechanism only comes into play when invoked by the person seeking to perform works. Had Parliament intended to create a compulsory mechanism that could be unilaterally invoked by an adjoining owner, it would have said so.

The Court noted that the relatively informal mechanism provided by the Act benefits both sides in party wall disputes. A building owner who performs works affecting a neighbour’s property without giving notice under the Act deprives himself of those benefits and exposes himself to the risk of court proceedings.