Covid-19: When parties are unable to perform their contractual obligations 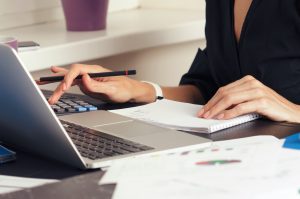 Whilst the introverted amongst us may secretly be glad to have a Government-approved reason for avoiding social occasions, what does the Covid-19 pandemic mean for parties to contracts who are unable to perform their contractual obligations?

Does your contract contain a “force majeure” clause?

Written contracts will often include a clause which states that parties will not be liable to each other if they are unable to carry out their contractual obligations due to circumstances which are outside of their reasonable control (known as a “force majeure” clause).  The term “force majeure” has no recognised meaning in English law however and so whether an event will fall within the clause will vary from contract to contract.  Typically, such clauses include circumstances such as ‘acts of God’, ‘natural disasters’, ‘government action or interference’, ‘labour shortages’, ‘national emergencies’ and ‘acts of war.’

Ideally, ‘pandemics’ should be expressly included within the list of force majeure events in the contract.  If not, then it is open for interpretation as to whether the impact of the Covid-19 pandemic will be considered a force majeure event.

The key consideration will be whether the pandemic has caused genuine restrictions which have prevented either party from performing their contractual obligations?   Or have one or other of the parties merely been inconvenienced and/or put to additional cost in fulfilling their contracts?

If a force majeure clause doesn’t cover it, what will?

If a force majeure clause does not apply, or one does not exist in the contract, the parties should consider whether the “doctrine of frustration” applies.

A contract will be “frustrated” when an event occurs after the contract was entered into, and which is unexpected, beyond the control of the parties (i.e. no fault of either party), makes performance impossible, or renders the relevant obligations radically diﬀerent from those contemplated by the parties at the time of entering the contract.  If so, the contract will terminate automatically, and the parties will be discharged from all outstanding contractual obligations.

Whilst it is still far too early for the doctrine of frustration to have been tested in the Courts in relation to the Covid-19 pandemic, on a common sense basis, it does appear that it may well apply to some contracts in light of recent events.  Careful consideration of the terms of the contract will need to be made, taking into account the circumstances in which the contract was agreed, the parties’ assumptions and expectations for the contract, and the specific impact Covid-19 has had on the contract and on the parties’ intentions.

Frustration may occur for following reasons:

Frustration generally does not occur if:

Applying this to real life situations

A and B’s wedding is cancelled since the venue is prohibited by law from hosting the event because of the current pandemic.  A and B have various contracts with other businesses to provide goods and services for the wedding.

Are those contracts frustrated?  The answer will depend on each contract and the reason it cannot be performed.

A contract with a band would be frustrated if the legal measures that had led to the cancellation of the wedding also prohibited the band performing.  However, a contract with a florist would not be unless (in the unlikely event) the contract was founded on the wedding proceeding – the wedding not going ahead does not prevent the preparation and delivery of the flowers.

The key question is: Did the parties foresee the impact of Covid-19 on their ability to perform the contract at the time they entered into it? If yes, or if the contract provides specific alternatives, then the contract is not frustrated.

If frustration does arise, the contract will automatically be brought to an end.  All parties are released from their obligations – except those that should have been performed before the frustrating event, for which they can remain liable.  In relation to sums already paid under a frustrated contract, the Law Reform (Frustrated Contracts) Act 1943 provides that:

Traditionally, the Courts have been very reluctant to consider something as being a force majeure event and/or to declare that a contract has been frustrated where it merely makes performing the contract more expensive and/or less commercially desirable.  Whether this will continue to be the case in light of the Covid-19 pandemic remains to be seen.

Whilst the pandemic is having a significant and dramatic effect on our lives and businesses, it does not necessarily follow that you will be released from your contractual obligations.  Wrongly treating a contract as having come to an end could lead to you being held liable for the losses of the other party (which may be substantial) and so it is crucial that you seek legal advice on your position before treating the contract as having ended.

This article does not constitute legal advice and parties to a contract are encouraged to take specific legal advice on the scenario they face. This update is a statement of the current position as at the time it is written.