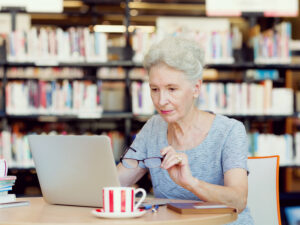 An employment tribunal recently ruled that asking older workers when they plan to retire can amount to age discrimination. The case reiterates well established legal principles and provides a timely reminder that even the largest of employers can make costly mistakes that can damage their reputation.

Making it compulsory for an employee to retire once they reach a certain age is, in principle, direct discrimination in UK law. Any compulsory retirement ages imposed must be objectively justified. Even asking about retirement is potentially discriminatory, particularly in the context of discussions regarding an unrelated issue.

The tribunal found that the Ministry of Defence (MoD) discriminated against an employee in their 60s who “was in a situation where he had raised a grievance and was very concerned about his employment”. It was found that “Suggesting that someone retires and leaves is not a solution to the subject matter of the grievance, it is a means of removing the aggrieved person from the problem.” Judge Bax held that the discrimination arose since, “Mr Tapping was in his 60s and therefore he was someone who could be considered to be entitled to start drawing on a pension at that time or in the relatively near future. A person in their 30s would not be in such a position, as they would not be able to take a pension at that age.”

Employers can be found to discriminate on the basis of age both directly and indirectly. Direct discrimination occurs when a person is treated less favourably due to their age without objective justification. Indirect discrimination occurs when an employer has a provision, criterion or practice (PCP) that has a greater adverse impact on employees in one age group than those in another, and the employer cannot show that the PCP is objectively justified.

In order to successfully argue objective justification, an employer would need to show its actions are a proportionate means of achieving a legitimate aim, such as a real business need. In the MoD case, the MoD argued that its actions were justified because of its “aim or need to effectively manage staff and ensure effective succession planning”. The tribunal did not accept this argument and held that “for someone who is seeking reassurance that their position and employment is safe, it is not reasonably necessary and therefore proportionate [for an employer] to ask if the [employee is] considering leaving.”

In a recent case involving Mrs Hutchinson, an Asda employee in her 70s who suffered from dementia, the tribunal considered a workplace incident where “the [employee] had had difficulty finding her keys and bus pass” and, to assist, a manager rummaged in her bag and found the items for her. The tribunal found that while “the rummaging in the bag was done with the best intentions and to genuinely assist the [employee] … It had the effect of violating her dignity. We found that it was reasonable for the conduct to have had that effect because it was someone doing something for her without her consent. We found that that act amounted to disability-related harassment.”

In this same case, the tribunal also found that Mrs Hutchinson “was treated unfavourably in that she was asked on more than one occasion to retire” and that, “all of this treatment flowed from the fact that the [employee] was showing signs of a mental impairment which was interfering with her ability to do her job … [the employer] ought reasonably to have known that she had a disability.” The tribunal held that Mrs Hutchinson had been constructively dismissed on the basis of conduct amounting to “age and disability-related harassment, direct age discrimination and discrimination arising from disability”.

Employers need to be cautious and sensitive when discussing issues of ill-health with employees and be mindful that even well-intended comments or actions could amount to discrimination. Managers should ensure that older employees are treated just as younger employees. That is the essence of non-discrimination on the basis of age. For example, if an employee in their thirties develops a chronic illness or disability, nobody suggests that they simply retire. Instead, they will be managed appropriately, in light of the relevant illness or disability policies. An agreed reasonable accommodation may be amicably arrived at, which enables the employee to continue working productively. This is precisely how older employees should be treated if they become ill or disabled. It is for the employee alone to make decisions about retirement.

Retirement can be a thorny issue. Employers should consider taking positive steps to help employees to make the transition to retirement by offering pre-retirement training to employees, in order to help them prepare for both the financial and personal changes that retirement will bring. They should also discuss the option of flexible or part-time working in the lead up to retirement to ease the transition. This could include options such as job-sharing, changing roles, or getting more experienced staff to coach or mentor younger employees, in order to pass on their expertise and improve continuity. 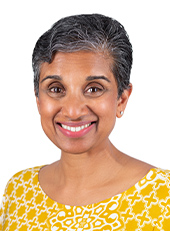