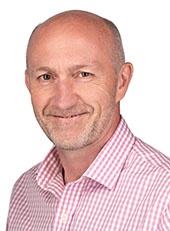 Stephen studied law at Manchester University, completing his law qualifications at Chester Law College. During his training Stephen spent 12 months in Riyadh, Saudi Arabia, gaining a wide experience of commercial work including Joint Venture development agreements. On his return he specialised in real estate until 1990 when he joined his family’s manufacturing business, returning to practice in 1997.

Before joining Excello Law, Stephen was working for Hill Dickinson LLP (in the top 25 of UK law firms) in its Chester office, in the largest real estate team in the North West.

Stephen has extensive experience of a wide range of real estate transactions, such as commercial banking, commercial leases, corporate support and agricultural land, in particular specialising in residential development.

Much of Stephen’s current workload is in the student accommodation sector and he is involved in developments across the North of England and North Wales.

When he is not working Stephen is busy with his family, in particular enjoying outdoor activities, supporting his two teenagers at various sports, and assisting his wife Karin as a Guide Dog Puppy Walker.

Working for national companies such as Countryside Properties Limited and Gladedale Group, and many more regional developers, and being involved in transactions with most of the recognised homebuilders, Stephen is able to deal with all aspects of residential developments including options, development agreements, site acquisitions, new home sales, easements, ground rent sales and statutory agreements.