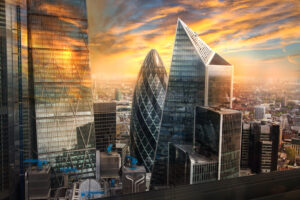 On 4th January 2022, The Times reported that new rules under the NSIA were coming into force that day, which were designed to give the UK government powers to scrutinise takeovers that could harm the UK’s national security.

According to The Times, the effect of the new rules is that prospective buyers of qualifying UK companies must notify the UK government if they are buying a stake of more than 25% in the relevant company. There are also other trigger events that may enable the UK government to exercise its call-in power in relation to qualifying companies or qualifying assets.

According to the report, the UK government has identified 17 sectors that will require notification under the new rules, including artificial intelligence, communications, defence, energy and transport, emergency services and quantum computing. However, there is a concern amongst dealmakers that the legislation is very broad and can even capture non UK-based companies if they carry out activities or supply goods and services in the UK.

We shall have to see whether in practice the new rules harm deal making in the UK or whether, to quote Kwasi Kwarteng, the UK government’s business secretary, as reported in The Times’ article: “The new screening process is simple and quick, giving investors and firms the certainty they need to do business, and giving everyone in the UK the peace of mind that their security remains our number one priority.”

Under the new rules, acquirers that fail to notify the UK government under the rules face a financial penalty of up to five percent of their worldwide turnover.

It will be interesting to note how NSIA, which replaces legislation contained in the UK’s Enterprise act 2002, works in practice.

Brexit has given the UK an opportunity to develop its own policy in this sensitive area.

On 5th January 2022, City AM published an opinion article by Jason Reed, UK lead at Young Voices and a policy fellow with the consumer choice centre, entitled: “On palm oil and deforestation: regulators are failing, but so is the market”.

The article is somewhat critical of current international efforts to address the problem of deforestation caused by the palm oil industry. It does point out that the EU has banned palm oil as a biofuel and that local authorities in Indonesia, which produces much of the world’s palm oil, are also introducing restrictions on the palm oil industry.

The article seems to think that innovation and the development and use of new palm oil–type products with lesser environmental impacts may be the way forward but this would require “powerful actors” – both in the regulatory and in the private sector  – to “look beyond environmental virtue-signalling and begin to practise what they preach”.

To what extent Brexit makes a difference to this critical issue, particularly in the light of the COP26 world environmental conference in Glasgow in November 2021, remains to be seen but there is no doubt that the UK and the EU have their parts to play in resolving the environmental crisis to which deforestation has led.

On 10th January 2022, The Sunday Times published an article by journalist Matthew Campbell entitled “Britain’s newest ally in the battle against Xi and Putin? Albania”.

On 3rd March 2021, the UK government published information on the recently signed UK-Albania partnership, trade and cooperation agreement, which (according to the UK government guidance) establishes a political and economic partnership between the UK and Albania, including a comprehensive free trade area, and “maintains the effects of the EU-Albania association agreement”.

According to the UK government guidance, “the UK-Albania agreement covers:

The agreement strengthens UK co-operation in political, security and foreign matters with Albania and replicates wider elements of the EU-Albania association agreement such as provisions on political dialogue and other forms of cooperation, including human rights”.

How times have changed from the period of international isolation to which Albania was subject under the rule of former communist dictator, Enver Hoxha, for about 40 years ending with Hoxha’s death in 1985.