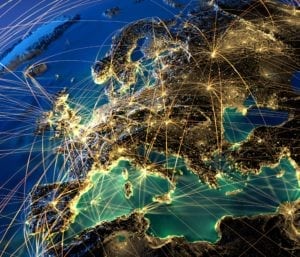 In excess of a million EU enterprises currently trade through online platforms in order to reach their customers, while it is estimated that around 60% of private consumption and 30% of public consumption of goods and services related to the total digital economy are transacted via online intermediaries.

The proposal for a regulation of the European Parliament and of the Council on promoting fairness and transparency for business users of online intermediation services was published by the EC at the end of April. It appears to be based upon its core principle of creating a level playing field for comparable digital services. Accordingly, the language used in relation to the key aspects of the contractual relationship between online platforms is typically moderate and understated.

According to the proposal, although it offers great potential in terms of efficient access to (cross-border) markets, European businesses cannot fully exploit the potential of the online platform economy ‘due to a number of potentially harmful trading practices and a lack of effective redress mechanisms in the Union.’ This is at odds with the other EC policy principles: ensuring that online platforms behave responsibly to protect core values; fostering trust, transparency and ensuring fairness; and keeping markets open and non-discriminatory to foster a data-driven economy.

The draft regulation was initially developed for app stores, but the EC decided to extend its scope to include other categories of intermediary, like search engines and hotel booking services. Companies are not named individually, but the EC’s target is unambiguous from the wording of the proposal: platforms such as those used by Amazon, Apple’s App Store, and the booking service offered by booking.com– together with search engines, most notably Google, the dominant player in the market. By targeting app stores, search engines, and e-commerce sites, the new regulations should, in theory, coerce the tech giants to adopt more ethical digital business practices more in line with the EC’s guiding principles.

The online intermediation activities of the tech giants ‘usually benefit from important data-driven direct and indirect network effects which tend to result in only a limited number of successful platforms per intermediated segment of the economy.’ At least according to the EC proposal. In plain English, they benefit disproportionately compared to their much smaller competitors.

A key element of the proposal is an attempt to enable those small businesses that rely on much bigger platforms for their business to take active steps in dealing with unfair business practices by creating a “fair, transparent and predictable business environment for smaller businesses and traders.”

What does the EC proposal specifically suggest in its draft regulation? First, the imposition of transparency obligations for business users: the big tech owners of ‘online intermediation services’. Second, the introduction of collective redress for failure to comply. Specifically, the draft proposal suggests that if they fall short of the tighter competition standards, then developers and small businesses should be able collectively to sue online intermediation services- platforms such as Google, Apple and Amazon.

The new rules would also require those intermediaries which have 50 staff or more to have internal complaint departments. They would also be encouraged to hire independent mediators who could handle out-of-court settlements. Costs for setting up these systems would be undertaken by the tech companies themselves. Unsurprisingly, their response is unenthusiastic. They argue that such a system would inevitably increase the administrative and cost burden with the further possibility of protracted and expensive legal action.

Terms and conditions also fall under the transparency umbrella: these must be clear and easily available, and when any changes are made, a minimum notice period must be complied with. Should it happen, there also has to be clear and precise explanation given of the reasons why a professional user has been suspended, demoted or delisted from their platform. The net effect is that Google and its smaller rival search engines will have to provide businesses with a pretty sound analysis of how their ranking algorithms work in practice. They will also have to answer the controversial question of whether companies are able to pay in order to generate higher rankings.

Collective redress would be applicable in various circumstances, such as the changing of terms and conditions without any explanation or the demotion of a business’ search engine ranking without any clear reason being given – should these not be dealt with adequately by an in-house complaints mechanism or through mediation. Until now, such collective redress has only been available to consumers.

Perhaps inevitably, the proposal has provoked strong reaction from some of the parties being targeted, attracting criticism from major industry groups, such as the Computer & Communication Industry Association. A trio of big names – Amazon, Google and eBay – are among its members. They argue that adequate mechanisms are already in place to resolve any such complaints.

They further suggest that the EU is pursuing a political objective, trying to step in order to protect the underdog when the tech giants and their working practices are not always easy to fathom. The recent Facebook debacle concerning its involvement with Cambridge Analytica is a prime example of how easily things can spiral out of control when consumers become complacent and automatically accept usage without the appropriate questions being asked on a regular basis.

Finally, there is the inevitable question of whether these draft legislations can ever be relied upon to have real substance in practice. For now, that remains an unknown. Either way, the lengthy bureaucratic process may take several years before it is implemented as EU law. First, the EU Parliament has to approve the draft proposal following which every EU government will also have to validate them separately. While this takes time, subject to the draft rules being approved, businesses may eventually be allowed to be represented in court by industry groups or non-profit organisations. 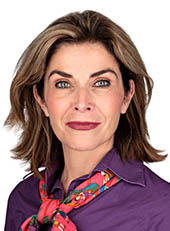