On page 6 paragraph 2 of the UK Government’s Summary Explainer document of December 2020 summarizing the provisions of the UK-EU Trade and Cooperation Agreement of the same month (TCA), the following statement appears:-

“The United Kingdom and the European Union have agreed to unprecedented 100% tariff liberalisation. This means that there will be no tariffs or quotas on the movement of goods we produce between the UK and the EU. This is the first time the EU has agreed a zero tariff zero quota deal with any other trading partner.” 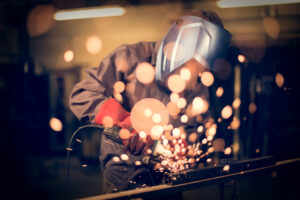 This enthusiastic claim may, however, have to be read subject to the separate Tariff Rate Quotas (TRQs) that continue to apply to certain items such as steel products under recognised industry safeguarding mechanisms approved both by the UK and EU in accordance with World Trade Organisation (WTO) rules.

This issue has gained wider prominence because of a BBC News online report that was published on 31st January 2021 noting the comments of Welsh MP, Stephen Kinnock, who was quoted as saying that post-Brexit TRQs for steel were “very damaging”.  The report also noted the statement of the industry trade body, UK Steel, that it was “likely” that export quotas for some [steel] products would run out in the first quarter of 2021 – meaning, according to the report, that UK steel exports to the EU would face a 25% tariff.

Mr Kinnock is also quoted in the BBC report as saying that: “What’s even worse is steel going from Great Britain to Northern Ireland will be included in the calculation [of the EU steel quota for the UK], so we really have got a very troubling situation that could have a very damaging impact on our steel industry”.

According to the BBC report, the UK Government said that it would “engage intensively” with the UK steel sector – and hopefully achieve a satisfactory solution which would embrace both UK steel exports and imports.

The BBC report does mention the possibility of “state aid” provisions being applied by the UK authorities to support the UK steel industry through challenging times, although this could cause issues under the “level playing field for open and fair competition” provisions of the TCA.

Mr Kinnock is quoted by the BBC report as urging the UK Government to get back to the negotiating table with the EU over these tariff rate quotas on steel products.

We shall have to see what happens!

Brexit and a View from France

On 23rd January 2021, the respected French newspaper “Le Monde” published an article in its weekly edition under the headline “Post-Brexit Commerce: Chaotic Beginnings”.  The sub-title was “Seafood out-of-date, parcels blocked and shortage of sweets. … relations with the United Kingdom are getting complicated.”

Since then, there has been the reported attempt by the EU to ban the export of Covid vaccines from the EU to Northern Ireland, purporting to take advantage of Article 16 of the Ireland/Northern Ireland Protocol which permits either the EU or the UK to take unilateral counter-measures in certain circumstances where the application of the Protocol would lead to “serious economic, societal or environmental difficulties that are liable to persist, or to diversion of trade”, though the EU quickly resiled from this attempt in the light of widespread expressions of concern from both within the EU and the UK.

The ”Le Monde” article was very measured in its content and explained how supply chains have had to be adjusted so as to avoid goods passing from the EU into Great Britain and then back into the EU.  In this context, the article referred to the sad case of the “Percy Pigs” sweets, manufactured in Germany (EU) and imported into Great Britain (non-EU) by Marks & Spencer for onward transmission to the Republic of Ireland (EU) but now no longer able to do so as easily because of the application of the rather obscure “rules of origin” in these circumstances  – a situation which “Le Monde” described as “ubuesque”, which, in a sublimely nuanced sort of way, means “grotesque”.

The “Le Monde” article goes into some detail about the perishable amounts of Scottish shellfish which have had to be dumped because they could not get through the immigration procedures into the EU in time to stay fresh and saleable and also to the difficulties that courier companies have faced in taking packages of all sorts of items into the EU from the UK.

Because the UK has granted certain relaxations to its import procedures for goods from the EU up to and including 30th June 2021, “Le Monde” points out that for the timebeing by far the greater problems that have been experienced relate to the carriage of goods from the UK into the EU rather than the other way about.

The ””Le Monde” article shows evident sympathy for the small business enterprises within both the EU and the UK which are particularly affected by what one can only hope are “teething problems” (as apparently suggested by some politicians in the UK). They have neither “the time nor the resources” to deal with these issues, according to the “Le Monde” article.

It would clearly seem to be in the interests of both the EU and the UK to sort out these “teething problems” as soon as possible.

All this follows on upon the announcement in December 2020 of the UK’s Turing Scheme, to replace in terms of outward placements of UK students overseas, the EU’s Erasmus Scheme in respect of which UK students (apart from students based in Northern Ireland) are generally no longer able to make fresh applications following the end of the post-Brexit transition period on 31st December 2020. The Turing Scheme  is not as such, however, available for overseas students wishing to study in the UK (unlike the EU’s Erasmus Scheme which applied to students wanting to apply in either direction between the UK and the EU and some other countries) and hence perhaps the perceived need by the UK to expand its international educational strategy reach through the above-mentioned announcements on 6th February 2021.

According to the first of the above-mentioned announcements of 6th February 2021, the newly outlined initiatives can be categorised as follows:-

Considerable concern has been expressed by UK educators (particularly those in higher education institutions which have been particularly active in working internationally and attracting overseas students to study in the UK) as to the impact of Brexit on the international aspects of the UK education sector’s work and hopefully the latest UK Government announcements will help assuage these concerns.