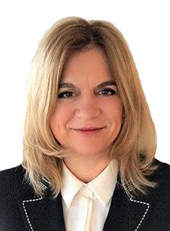 She has always acted for both employers and employees. Louise has been listed in Chambers as a “notable practitioner”.

When Louise is not working she enjoys spending time with her family of three children on their farm in beautiful Rutland and with her friends. She loves to travel, and enjoys all food with a particular penchant for red wine!  She enjoys watching films, reading, country walks with her two dogs and family, and loves to run around her local reservoir.