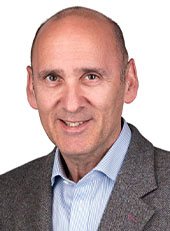 Howard’s legal career spans more than 40 years, during which time he has handled a wide range of business-based legal work with a core focus on commercial contract negotiation and dispute resolution, both as managing partner of a central London firm and running his own practice.

His commercial work has ranged from negotiating Premier League football management and Formula 1 driving contracts, to the enforcement of competition claims exceeding $100 million, as well as advising on high profile libel and slander claims.

Howard has helped clients in all walks of life from representing celebrities from the worlds of sport, Hollywood, politics and the retail industry to championing members of the public in the pursuit of redress from oppression. Several of his cases are covered in official law reports and the press.

Howard has served as both a local borough councillor and school governor and currently chairs a number of commercial ventures, as well as being a trustee of an international poverty relief charity.

Howard enjoys several sports, though his participation is exclusively limited to sideline/armchair observation.  He enjoys driving a fast car and has been known to perform classical and jazz music on the piano, to the annoyance of his family!

Howard Pinkerfield has represented my wife, Christine, and me very successfully in several high-profile legal actions – not least against Max Clifford (who claimed it was the first time he had been successfully sued!). Howard is a sound lawyer – entirely trustworthy, meticulous and calm, a reassuring presence in any stressful situation. In short, he is a guide, philosopher and friend.

Your understanding of the law and the points at issue in any case as set out in your instructions have made my life as counsel very much easier and I am sure contributed to the excellent results we have obtained for the clients. We have acted for many high-profile clients. They have included the German partners of one of the “magic circle” city firms of solicitors – which involved a hearing with the firm’s 500 partners conducted internationally by electronic link; for the CEO of Asda and Selfridges; on a claim in relation to one of England’s most famous showjumping horses Locarno47 and most recently a private international law claim against a businessman. We have been involved in reported cases such as Margaretta Ltd, Re, Freeman v Customs and Excise Comrs [2005] STC 610. When asked to suggest a solicitor I have been very happy to recommend you and completely confident in making such recommendation.

I have always found Howard’s advice to be both wise and pragmatic.