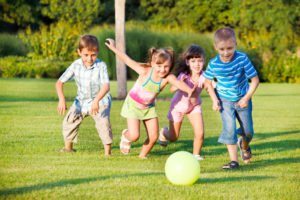 Represented by commercial litigation specialist Ben Jenkins of Excello Law and counsel Jonathan Gale, Luen Fat Metal claimed that Trespass had infringed a trademark that Luen Fat Metal holds both in the UK and across the EU for ‘FUNTIME’,  a brand under which they have exported millions of toys into the UK and which are sold by major High Street retailers and online.

Trespass sought to defend the action on the grounds that their use of ‘FUNTIME’ was merely descriptive of the time a child would have with their own range of toys. Additionally, they issued a counterclaim to have Luen Fat Metal’s trademark declared invalid.

However, the Judge concluded that the Luen Fat Metal’s ‘FUNTIME’ brand had inherent distinctiveness and that Trespass’ use of ‘FUNTIME’ would not be regarded by the average consumer as anything other than trade mark use.   He noted that the brand on the Trespass toy packaging  “is presented to the consumer in much the same way as TRESPASS is presented, ie as being something other than the name of the product …  and as being an indication as to who supplies it.”

Ben Jenkins of Excello Law commented: “We are very pleased with the Judge’s decision to reaffirm our client’s trademark. They have been in continuous use of the ‘FUNTIME’ brand for 30 years, have a number of toys that are best-sellers and it would have been a tremendous loss to their brand if Trespass had been successful in their defence.”

Alex Kenyon, director of Padgett Bros A to Z Ltd, sole UK Agent for Luen Fat Metal, said: “Whilst the final decision by the law court wasn’t a certainty by any stretch of the imagination, Ben and Jonathan both did an excellent job of presenting our case to the court and rightly, we won.”