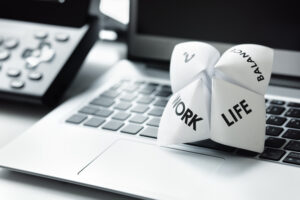 Earlier this month, Alice Thompson was awarded nearly £185,000 in compensation when her boss refused to let her leave work before 6pm to collect her daughter from nursery. An Employment Tribunal found against Thompson’s former employer, Manors Estate Agency, after her request to work more flexible hours – four days a week until 5pm rather than 6pm – was rejected.

Although sex discrimination has been prohibited under UK law since 1975, such cases are still common at tribunal. Unfair dismissal remains the most common reason for claims overall with a sharp rise in cases anticipated following the end of furlough. But underlying many of these claims is employers’ treatment of women, who are either on maternity leave or in the weeks and months leading up to it.

Much of it will depend on the reason for the request. If they decline it, employers are required to give a proscribed reason. In doing so, they also have to weigh up the commercial risks of declining an application, potentially losing the employee as a result even if the declining of the request brings no tribunal claim.

Except for pregnancy itself, these issues are not confined to women. Employers need to remember that men can also bring flexible working requests and you no longer have to be a carer of a child or relative to do so – they can be for personal choice, for example.

It can be difficult for employers to achieve a balance and make fair decisions when managing multiple requests, especially when requests made for childcare reasons could be riskier to decline compared to those made for personal reasons. Whether that is fair is a moot point and ‘first in first dealt with’ can run the risk of not dealing with applications with the sting in the tail.

By law, employees can apply for flexible working if they have worked continuously for the same employer for the 26 weeks. This is known as making a statutory application. Employers are legally obliged to consider and to reasonably deal with all flexible working requests made under the statutory scheme.

Unsurprisingly, in a post-Covid world, as employers start to compel their staff to return to the office, there has been a huge increase in such applications, with many employers having recently announced increased flexible working as a standard.

Some are rotating office attendance, while others only require staff to attend the office one day a month. While working from home is not for all, employers have seen the potential savings on office space and employees have had a taste of freedom from the daily commute.

It has become harder for employers to decline such applications since flexible working was generally regarded as a success during the pandemic. In the past 18 months, we have seen our clients achieve things that were technologically impossible just a few years ago: the relocation of entire workforces, including call centres, to remote working for example.

Potentially, this did lead to some compromises to customer service with longer waiting times for calls as employers try to keep their staff safe. At some point the public may be less understanding with the effects of remote working being cited for delays. A detrimental impact on customer service is one of the proscribed reasons to decline a request for flexible working.

It is key that employees only have the right to ask for flexible working, it does not guarantee they will get it. The government has announced that it is consulting on changes to flexible working in line with the Conservative Party manifesto to ‘encourage flexible working and consult on making it the default unless employers have good reasons not to’ back in 2019.

There are several proposals under consultation: including making it a day one right to request flexible working; assessing whether the eight proscribed reasons are still valid; requiring employers to suggest alternatives if rejecting the request; and using flexible working on a temporary basis.

The Department for Business, Energy and Industrial Strategy has published its consultation document on how the proposed overhaul will work in practice. Labour has said that this does not go far enough and it should be a day one right to have flexible working and not simply the right to request it.