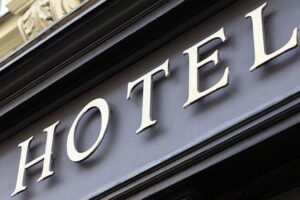 Utility companies whose bills have not been paid may enter private property, whether it be commercial or residential, in order to cut off gas or electricity supplies. However, as a High Court ruling showed, their right to do so is tightly constrained and always subject to careful judicial oversight.

The case concerned a seaside pier and hotel, the owners of which were alleged to have failed to pay their gas bills. Magistrates granted warrants under the Rights of Entry (Gas and Electricity Boards) Act 1954 which authorised a utility company’s representatives to enter both premises to disconnect their gas supplies.

Ruling on the owners’ challenge to the warrants, the Court noted that utility providers may only cut off electricity and gas supplies when a bill has remained unpaid for 28 days or more and after giving an owner or occupier of an affected property seven days’ notice.

Entry to private property is only permitted by consent, or with a judicial warrant, and owners/occupiers are entitled to receive at least 24 hours’ notice. Warrants will only be issued where reasonably required and, crucially, the power to cut off electricity or gas supplies expressly cannot be exercised in reliance on utility bills that are genuinely disputed.

The Court acknowledged that spurious or sham disputes may in some cases be concocted as a mere tactic to resist a utility company gaining entry to a property. However, in focusing on whether the owners had raised a dispute regarding the alleged debt that was both genuine and ‘substantial’, the magistrates had asked themselves the wrong question.

The owners had expressed concerns about the impact that disconnecting the gas supply might have on vulnerable residents of the hotel. However, there was no indication in the magistrates’ decision that they had considered the overall question of whether it was reasonable to issue the warrants. Their approach to the question of whether the owners had received proper notice of the proceedings was also inadequate. The appeal was allowed and the warrants were quashed.