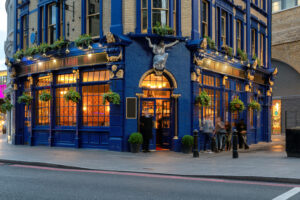 Registration of a property as an asset of community value (ACV) can be a serious, even fatal, stumbling block in the path of would-be developers. In a case concerning the proposed redevelopment of a pub, the Upper Tribunal (UT) gave important guidance on how the regime under the Localism Act 2011 works in practice.

A group of local residents, who were concerned that the pub’s owner planned to sell it for development, successfully applied to the local authority to have it registered as an ACV. The registration potentially gave rise to a moratorium on any sale of the premises. It also afforded the group an opportunity to come up with its own proposals and to raise funds with a view to itself purchasing the pub.

After the owner appealed, the First-tier Tribunal (FTT) cancelled the registration. It did so on the basis that the group was not a voluntary or community body for the purposes of the Assets of Community Value (England) Regulations 2012 and thus could not validly nominate the pub as an ACV.

The FTT found that the group was merely a collection of individuals who did not all share the same views or aims in making the nomination. There was no common purpose in that some of the group’s members, whilst wishing to block the pub’s redevelopment, had no wish to contribute to its purchase. The FTT found it likely that the preservation of the pub and the putting forward of a community bid was not the real intention of prominent members of the group.

Ruling on the group’s challenge to that outcome, the UT noted that, in order for a group to qualify as a voluntary or community body, its members must share at least one common interest, activity or purpose. However, in upholding the appeal, it found that the FTT erred in law in interpreting the definition of a voluntary or community body to require all members of such a body to have unanimity in respect of every aspect of its motive, policy and purpose.

Reinstating the pub’s registration, the UT found that members of the group shared the unanimous purpose of nominating the pub to be listed as an ACV. To the extent required, they also shared the same aims: to prevent the pub’s demolition, to ensure that it carried on trading as a pub and to protect its community use as such. The majority of its members had expressed their willingness to support the making of financial contributions to purchase the pub. The nomination was therefore valid and the council was entitled to register the pub as an ACV.