The Taylor Review – a step in the right direction? 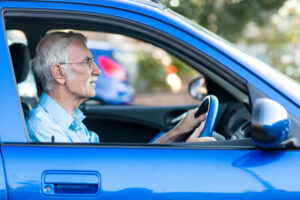 The government’s review of Modern Working Practices, published in July, polarises opinion. But although it focused particularly on the contentious status of workers in the gig economy, recommendations in the Taylor Review were wide ranging. They include:

Employment status is a longstanding source of dispute, so referring euphemistically to dependent contractors is unlikely to change the status quo. Indeed, enshrining the existing principles of employment status, e.g. mutuality of obligation, may not reduce the potential for disputes, but rather increase it. However, the recommendation to make tribunal decisions on employment status binding on HMRC and vice-versa, is welcome. The removal of a tribunal application fee when employees apply to the tribunal to determine their employment status is sensible

Employers and workers may both welcome the possible return of rolled up holiday pay. European Courts have repeatedly determined that minimum holiday should be paid for when taken, otherwise it is a disincentive to take holiday, which creates health concerns. The review suggests this should apply exclusively to dependent contractors, recognising that additional safeguards are needed to prevent someone working 52 weeks a year.

The greatest achievement of the report is to recognise the benefits a flexible workforce can provide. Despite much negative comment, zero hours contracts have a valuable place in the economy, and can often benefit both parties. The report found that over 60% of workers on zero hours contracts did not want more hours. That is not to deny that there is a small minority of employers who use zero hours contracts when they should not, and the Review suggests a premium rate for zero hour workers to encourage employers to use them only where there are genuine benefits. The recommendation to establish a Law Pay Commission review to examine this seems sensible.

The Review refers to employers using agency workers long-term rather than taking them on directly. However, the Agency Worker regulations, which require them to be paid the same rate as permanent employees after 12 weeks, are already a disincentive, but high introduction fees charged by the agencies to employers who want to take on agency workers are the real deterrent which is not recognised by the Report. Whilst agencies must provide an alternative to introduction fees of an extended period of hire to avoid introduction fees, no maximum period of time is set and extended periods of hire of a year or more have been seen. This is an area which should be looked at if the use of agency workers on a long term basis is to be reduced.

The recommendation that HMRC adjudicates on holiday pay claims should increase compliance: better for employees, but also fair to most employers who do pay what is due, and have therefore been disadvantaged by those who have avoided that cost. For the same reasons, a tribunal’s renewed ability to enforce its owns awards and penalise repeat offenders in penalties and costs awards is welcome.

No doubt the Chancellor Phillip Hammond will be equally pleased with the recommendation that the self-employed should have to pay National Insurance. Although cynics will point to £5.1bn in estimated lost tax revenues from the preferential rates as the real reason for the review, this section is less than 7% of its overall length.

So it would be unfair to disregard a genuine attempt to address some difficult employment law issues. If the main advantage between employment and self-employment is flexibility, then entrepreneurs will not be deterred by the removal of some tax advantages.

In reading the Prime Minister’s speech at the Review launch, she was right to say that ‘As the world of work changes, our practices and laws must properly reflect and accommodate those changes.’ The Taylor Review is a step in the right direction.