The final countdown to no-fault divorce

The government recently announced that the Divorce, Dissolution and Separation Act 2020 will come into force on 6 April 2022, introducing no-fault divorce in England and Wales. This new legislation will allow divorce to be granted without any requirement to place blame on the other party, thereby making divorce proceedings far less contentious. 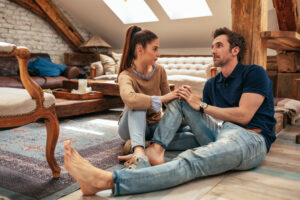 England and Wales’ divorce laws are over half a century old. They require petitioners for divorce to rely on one of five grounds, namely: unreasonable behaviour, adultery, two years’ separation, five years’ separation or desertion. Needless to say, the process of the parties making allegations relating to unreasonable behaviour or adultery is often very fraught. The process therefore often leads to a further deterioration of relations, which then adversely impacts the chances of parties amicably agreeing on other matters such as a financial settlement and  arrangements for their children. Once they have decided to separate, few couples want to wait until the two or five year time limits have elapsed to make an application as it can have an impact on financial matters and leave families in a state of uncertainty.

The introduction of no-fault divorce means that, from 6 April next year, couples will merely have to show that the relationship has irretrievably broken down. One or both parties will simply need to provide a statement to that effect, and the divorce process can then proceed. The possibility of a party contesting the divorce will be removed, which will put an end to lengthy and costly proceedings that have often only increased acrimony. Couples choosing to divorce will also have the opportunity to submit a joint application,  enabling them  to progress through the divorce process in a more constructive way.  .

The introduction of no-fault divorce has been in the offing for decades. As long ago as 1990, the Law Commission Report on the Ground for Divorce found that the UK’s current law on divorce was unjust, discriminatory, confusing, distorted the parties’ bargaining positions, increased acrimony and resulted in worse outcomes for children. The team which drafted that report was led by the redoubtable Lady Hale, who since remained a staunch advocate for the introduction of no-fault divorce in England and Wales.

In a 2018 address to family law practitioners, Lady Hale noted the dysfunction of the current laws, saying that “The contents of the petition [for divorce] can trigger or exacerbate family conflict entirely unnecessarily. Respondents are encouraged by their lawyers to ‘suck it up’ even though the allegations are unfair. There is no evidence at all that having to give a reason for the breakdown makes people think twice. The decision to divorce is not taken lightly, but this is not because of need to give prove one of the five facts.”

Political opposition to the introduction of no-fault divorce was very limited as it passed through Parliament last year, with MPs voting in favour of the bill’s second reading by 231 to 16. Only a few politicians spoke against the legislation, such as Conservative peer Lord Farmer, who argued that “Making marriage easier to exit and sanitising divorce may make it less painful to the adults involved, but it is far more likely to weaken the institution of marriage than strengthen it.”

Lord Farmer also predicted that, “It will render marriage more voluntaristic and like cohabitation with its assumption that a couple may only stay together whilst it works for both of them. Marriage on the other hand is a solemn vow, an explicit statement of commitment, ‘until death’. Saying it’s no-one’s fault when one or both parties fail to live up to the promises made empties those promises of all meaning.”

Office of National Statistics figures from 2016 found that in Scotland just 6% of divorces relied on the fault-based grounds, whereas in England and Wales the proportion was 56%. These figures suggest that the introduction of no-fault divorce can help to deconflict the process,  resulting in substantially less conflict and litigation overall. This can only be to the benefit of the adults and any children affected by the divorce.

Upon the passing of the legislation last year, Law Society president Simon Davis called the introduction of no-fault divorce “a landmark moment”, predicting that it will “change for the better the way couples separate.” Mr Davis went on to make the point that that, “For separating parents, it can be much harder to focus on the needs of their children when they have to prove a fault-based fact or remain married to their former partner for years. Introducing ‘no fault’ divorce will cut unnecessary conflict from the separation process – allowing couples to move on as amicably as possible and focus on what really matters.”

As well as changing the legal grounds for divorce, the new legislation will also usher in an overhaul of the divorce process in England and Wales. The new procedure dispenses with archaic language such as Decree Nisi and Decree Absolute, replacing these Latin terms with the phrases Conditional Order and Final Order. The changes also apply to the dissolution of civil partnerships.

Not a step to be taken lightly

However, while the divorce process is being simplified, the legislation does recognise that divorce is not a step to be taken lightly and it does not allow divorces to be concluded with unseemly haste. The legislation requires that a 20 week period of reflection is observed from when the divorce application is initially made before a Conditional Order can be made. This waiting period is designed to give parties  the time to decide whether they do in fact want to proceed with the divorce. It also provides the parties with ample time to take legal advice on the best way to move forward for their families. The 6 week period between the Conditional Order and the Final Order will remain as it currently is.

Introducing a 20 week waiting period at an early stage in proceedings is wise, as it gives the parties time to take stock,  allowing them the ability to take a more holistic perspective on their situation and how best to progress matters. In my experience, both parties to divorce proceedings fare much better if they begin the process constructively, with the shared aim of reaching a mutually suitable arrangement with  minimum conflict. By imposing a waiting period before the process begins in earnest, couples will have time to explore the various dispute resolution options that are available to them, such mediation, hybrid mediation, collaborative law, arbitration and adjudication. These processes can help divorcing couples to agree the best way forward, or at least to minimise any areas of disagreement, thereby making the process far less contentious, emotionally taxing and saving costs.

The Divorce, Dissolution and Separation Act, 2020 replaces long-outmoded legislation which too often exacerbated the already difficult situation of relationship breakdown. By eliminating the concept of blame from divorce proceedings, the new process provides a framework which should help to radically reduce unnecessary conflict and so help couples work together more positively towards separation. 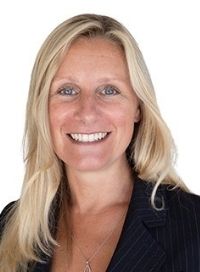