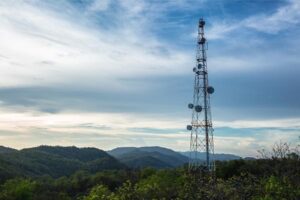 Private property rights sometimes have to take second place to the onward march of technology. The Court of Appeal powerfully made the point in a case concerning the controversial siting of telecommunications equipment in the middle of a national park.

The woodland site had for some years been leased by a landowner to a provider of telecommunications infrastructure. It was currently home to a 22.5-metre tower, two equipment cabins and various antennae. After the lease expired, the provider sought a fresh agreement with the landowner under the Electronic Communications Code, which is contained in Schedule 3A of the Communications Act 2003.

The landowner would have preferred the equipment to be removed from the site, or at least relocated. However, it was constrained to accept that the Code entitled the provider to a new agreement in respect of the existing site. Although it was prepared to accept a 10-year agreement, a number of its terms remained in dispute. The matter was therefore referred to the Upper Tribunal (UT) for resolution.

The provider contended for an agreement that would enable installation on the site of whatever electronic communications equipment it chose. It also sought an unlimited right to upgrade such equipment and to share it with multiple network providers. For its part, the landowner asserted that the provider should be restricted to installing specified infrastructure and should have no right to add to it or substitute other equipment. It pointed out that the sharing and upgrading rights sought by the provider were more extensive than those provided for by the Code.

Resolving the dispute in the provider’s favour, the UT noted that the public benefit of its proposals was unchallenged. The UT took seriously the landowner’s concerns relating to traffic, noise, security and the visual intrusion of a taller mast. However, it was unimpressed by claims that a new mast could be hundreds of metres tall, festooned with lights and covered in dayglo paint to prevent aircraft from flying into it. Overall, it found that the landowner’s alarm was exaggerated.

Dismissing the landowner’s challenge to that outcome, the Court ruled that the UT was amply justified in concluding that the agreement should include the installation, upgrading and sharing provisions proposed by the provider. The agreement’s terms, combined with planning restrictions and the special status afforded to national parks, would adequately protect the landowner from levels of nuisance and disturbance that could realistically be anticipated.

Uncertainty as to future telecommunications needs was itself a compelling reason to accede to the provider’s proposals. The advance of technology created an ongoing practical need for fresh equipment and upgrading of existing infrastructure and any restrictions in those respects would cause the provider extensive difficulties. The ability to share the site’s facilities with various network providers was key to the provider’s status as a neutral host. Overall, there was very good reason for granting the provider upgrading and sharing rights beyond those provided for in the Code.