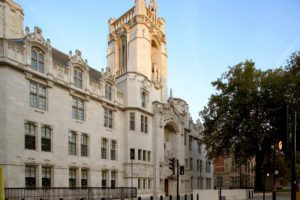 The government has been forced into a humiliating and costly overhaul of employment tribunal fees after the Supreme Court ruled that they were “inconsistent with access to justice” and breached both EU and UK law. The Ministry of Justice will now have to repay approximately £27m to thousands of individuals in what has been called “a major victory for workers everywhere”.

First introduced in 2013, the controversial tribunal fees ranged from £390 to £1,200. They sought to deter unmeritorious claims and ensure users contribute to the costs of court services. However, the fees served instead to discourage viable claims; the Ministry of Justice reported a sharp drop of 103,065 cases submitted from 2013 to 2017, while the proportion of unmeritorious claims within these figures remained similar before and after tribunal fees were introduced. Furthermore, a government report from January 2017 indicated an increase in people resolving disputes through conciliation service ACAS, suggesting individuals seeking justice sought simultaneously to avoid the swollen expenses of the court.

Defeated in the lower courts before being brought to the Supreme Court by trade union Unison, one key factor was Unison’s emphasis on how the fees deterred people from submitting new cases. The “fee deterrent” was spectacularly ousted by the Supreme Court as an unethical and unnecessary procedure that served primarily to disable low paid workers’ ability to uphold their rights at work. Remarkably, the Supreme Court made its case based not on EU law but on two principles enshrined in English common law since 1297; the constitutional right of access to justice and the rule that statutory rights must not be undermined by secondary legislation. The decision is a resounding indication that the Supreme Court is ready and willing to challenge the legality of government legislation and protect the individual.

As a result of the decision, some now fear an overwhelming flood of new employment cases including unfair dismissal, discrimination, and equal pay. Furthermore, the decision comes as businesses will be required by next April to disclose any gender pay gap, spurring this reactionary fear further. However, the increase in tribunal cases is not something to be feared, rather it is something to welcome. The removal of tribunal fees is an encouragement of the unquantifiable value of difference, diversity, and the equal access to justice for all workers. Fees should not discourage workers to seek help and justice, and their removal will achieve this aim.

Unscrupulous employers will no longer be able to rely on the “fee deterrent” whereas weak claims will still be subject to a sift by an employment judge and ACAS early conciliation. Finally, the nature of the Supreme Court’s judgement could have far-reaching implications for civil court fees and legal aid courts, not to mention the various complexities of Brexit.