School governors need to be aware of insolvency legislation

There has been a lot happening in respect of insolvency legislation recently – mostly we are told to bring it into the 21st century with the use of technology and abandoning formal meetings. All good in theory but it could also result in a rogue’s charter.

Caught up in all of this has been the indication to specifically incorporate into the insolvency regime colleges and academies under the Technical and Further Education Bill 2016-7.  All of this is likely to come into force in 2018-2019 but education establishments need to be aware of it now, as do the school governors.

The plan is that the Secretary of State can apply through the Courts for an Education Administration Order – this prevents the “usual” insolvency mechanisms happening and is designed to rescue the college as a going concern or arrange for the transfer of the provision of education to another provider or allow the learners to transfer to another provider or to complete their courses before the college is wound up or dissolved.

This must be good news for the students as there must be nothing worse than after significant study at exam time to discover that your college no longer exists.

In particular, school governors need to be a bit more careful as schools and academies are coming under the insolvency legislation. This means that if an academy, for example, were to cease trading in an insolvent situation then the governors could be personally liable for some or all of the shortfall under all of the liability provisions of the insolvency legislation, for example wrongful and fraudulent trading. A nasty shock for people who are usually volunteering to be a governor and who may not always have their finger on the financial pulse, tending to rely upon the head and the bursar.

In addition, of course the various provisions of the Company Director Disqualification legislation are also likely to come into play meaning that well-meaning governors who did not always have their finger on the financial pulse are disqualified from being a director which could be disastrous if that is the vehicle through which they earn a living.

In short having moved towards what appears to be the partial privatisation of state funded education the regime governing the conduct of the parties who are in control of the education college is now also moving to make those persons accountable for their actions or inactions. 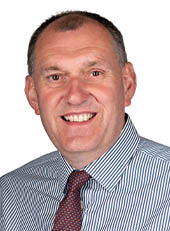