The Small Business Enterprise and Employment Act of 2015 introduced a number of changes that will have an eﬀect on company directors and on company secretarial issues. In particular, processes and forms which have long been familiar to shareholders and directors will be changing.

With eﬀect from October 2016 – the exact date has yet to be announced – all new directors appointed to companies will have to be natural persons, and not corporate entities. A ban on companies having no natural persons as directors has been in place for some time. Companies will have 12 months to remove existing corporate entities which are directors, but it is still possible that the new regulations will permit exemptions.

Once the form has been ﬁled, Companies House will write to the incoming director notifying them that they have been appointed as a director, and providing them with information concerning their duties. A simple mechanism was introduced in April 2016 allowing for the removal as a director of anyone notiﬁed to Companies House as having consented to be appointed when they did not, in fact, do so.

Finally, with eﬀect from 30 June 2016, the requirement of companies to submit an Annual Return has been abolished.  It’s has been replaced by a requirement to ﬁle with Companies House at least every 12 months a statement that every ﬁling that the company was legally required to make (see below) in the previous period was correctly made. It remains to be seen whether this requirement will make it easier to get a snapshot of a company from its record at Companies House, or more diﬃcult.

The filing duties which the confirmation statement must cover include: 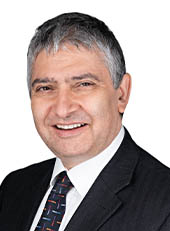