Legislation tightened on the fly-grazing of horses

The Control of Horses Act 2015 came into force on 26 May 2015.  This gives local authorities, freeholders and occupiers of land in England the power to deal with the fly-grazing of horses on their land more efficiently than they could under the Animals Act 1971.

The Local Authority or other landowner now has the power to dispose of the detained animals after 96 hours if they have not been rightfully claimed.  This differs from their power under the Animals Act 1971 which stated that the animals could be disposed of only after a period of 14 days.  Disposal in this case includes selling, humanely destroying or giving to charity.

Landowners or occupiers who are the victims of fly-grazing on their land are recommended to seek legal advice to clarify both what they are lawfully able to do, and the limitations on their powers, in these circumstances.

Please note that this article was first published on Black Country Chamber of Commerce website and you can view the original article here. 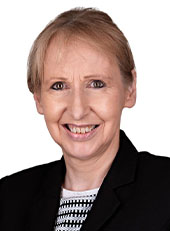