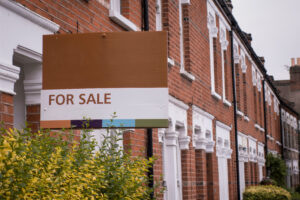 Residential tenants are commonly required to seek their landlord’s written consent before assigning their leases to others. However, as a High Court case showed, landlords are generally not entitled to withhold such consent unreasonably.

The case concerned the long leaseholder of a flat that was set above commercial premises owned by his landlord. The tenant wished to sell his flat by assigning his lease and had received offers in excess of £3 million for the property. Under the terms of his lease, however, he had to obtain his landlord’s consent to an assignment, such consent not to be unreasonably withheld.

The tenant launched proceedings on the basis that a number of attempts to achieve a sale of the flat had fallen through due to the landlord’s unreasonable behaviour in withholding consent to an assignment. The landlord asserted that he had acted reasonably throughout and was quite content for an assignment to proceed.

Ruling on the matter, the Court noted very material evidence of the landlord’s state of mind, in particular his desire to string the process of giving consent out for as long as possible. There was clear evidence that he had no intention of complying with his duty to consent in a reasonable time, without unreasonable preconditions. What he seemed to have done was embark on an extended campaign of delay.

The landlord’s unreasonable behaviour, the Court found, was the cause of the loss of one proposed sale of the flat. A further offer remained extant, but that sale had been delayed by the landlord’s conduct. The Court rejected claims that he had engaged in a preconceived strategy that he hoped would drive down the flat’s value and enable him to acquire it himself for less than it was worth. There was simply no evidence as to what the motives for his behaviour may have been.

Given its findings, the Court ruled that the obligation to obtain the landlord’s consent should be dispensed with and that the tenant could validly assign the lease to anyone he wished. The landlord would be powerfully incentivised to support the current proposed sale of the flat in that, if it failed to swiftly complete, he risked exposure to a potentially substantial damages claim.