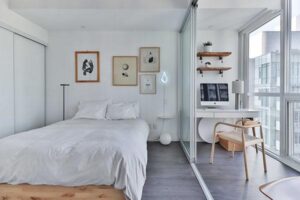 Landlords who rent out houses in multiple occupation (HMOs) without a required licence are exposed to the double whammy of criminal prosecution and the prospect of having to repay rent to their tenants. As an unusual Upper Tribunal (UT) ruling showed, however, there is such a thing as a reasonable excuse.

The case concerned an urban flat that was let to multiple tenants and was in a designated area where HMO licences were required. The couple who owned it had held such a licence. However, following its expiry, almost a year passed before it was renewed. After two of the tenants launched proceedings, the First-tier Tribunal ordered the couple to repay £11,012 to them. That sum represented the entirety of the rent the tenants had paid during the unlicensed period.

Ruling on the couple’s challenge to that outcome, the UT accepted that the woman had attempted to renew the licence prior to its expiry but had found the council’s web portal at first inoperative and latterly unhelpful. She ended up clicking the wrong button and mistakenly obtained a licence for another property she owned which did not in fact need to be licensed. The council nevertheless accepted her licence fee payment and it took many months to resolve the ensuing muddle.

Upholding the appeal, the UT noted that it had no reason to doubt the veracity of her account. In taking every possible step to renew the licence in time, she contacted the council when its website was inactive and was promised information that she did not receive. She believed at the time that she had paid the fee as soon as the council made it possible for her to do so.

In overturning the rent repayment order in its entirety, the UT found that the couple had a reasonable excuse for being in control of an unlicensed HMO and had thus committed no offence. It noted that, by any reckoning, such a substantial order was a harsh penalty for clicking the wrong button.