There has been plenty of talk in the UK post-Brexit about the UK strengthening its trade links with non-EU countries. 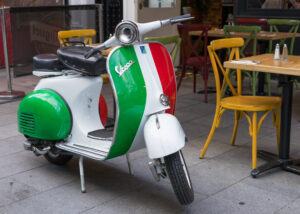 On 13th October 2021, however, City AM reported on the UK starting talks with Italy, an EU member state, on “a new export and investment deal which should expand trade between the two European countries.”

According to City AM, there was £38 billion’s worth of trade between the UK and Italy in 2020 and, following a meeting with her Italian counterpart, Luigi di Maio, the UK’s new international trade secretary, Anne-Marie Trevelyan, was quoted as saying  “Italy is our ninth largest trading partner, while the UK is Italy’s fifth-largest export market. I am delighted we are kicking off this discussion.”

The City AM article says that the talks will seek to boost bilateral exports between the two countries, including in high-performing sectors such as life sciences, defence and security, as well as growth sectors of the future such as digital and tech. The article also mentions that the talks will cover bilateral inward investment into the two countries, including in low–carbon industries such as onshore and offshore wind, hydrogen, and carbon capture usage, plus the food and drinks industry and tech sector. Finally, the article adds that the two countries will also try to boost collaboration and sharing of best practice between their respective export credit organisations – UK Export Finance and the Italian Export Credit Agency – which should help businesses in both countries looking to develop.

The focus in this case on bilateral trade and investment between the UK and an EU member state (rather than on the relations with the EU bloc as a whole) is perhaps telling.

Brexit and Rules of Origin

They are headed respectively:-

The “Rules of Origin” requirements are one of the most complex areas of the TCA and hopefully HMRC’s detailed guidance will go some way towards demystifying them.

On 27th October 2021, three UK Government Departments – the Department for Business, Energy & Industrial Strategy (BEIS), HM Revenue & Customs (HMRC) and HM Treasury – issued a joint Consultation Document on whether inbound and/or outbound corporate- re-domiciliation (effectively meaning changing a company’s place of incorporation while allowing the company to retain its legal identity as a corporate body) should be permitted to and from the UK.

The consultation closes on 7th January 2022 and matters on which views are sought include:

Intra–UK re-domiciliation is not currently proposed, although one wonders why not, given the UK Government’s desire to create a fully functioning internal market within the UK.

This is a big project, given the UK Government’s desire to make the UK more attractive for business following Brexit.