Is your company’s PSC record up to date?

The new rules relate to the record of a company’s PSCs – “persons having significant control”.  Since April 2016, every private company has had to keep a register of people who have significant control over the company and, since June 2016, they have been required to notify Companies House who those people were.  Under the original rules, however, the record was only updated once a year when the company filed its annual confirmation statement.  Under the new rules, any changes in the list of PSCs must be registered at Companies House within 14 days.

It can also include people falling within a definition of “otherwise having significant influence or control” or having significant control over a trust or partnership which falls with the basic “significant control” definitions.  A “person” also includes a limited company or an LLP, called a “relevant legal entity”, so the legislation also applies in the case of subsidiary companies whose parent companies need to be recorded in the register.

A year after the original legislation came into force, all private companies should now have set up their register and made at least one return to Companies House placing on public record who the people with significant control of the company are.  Now, if the shareholdings in the company change, or if, for example, the shareholders enter into a shareholders’ agreement giving one of them exceptional rights, then the company will have to file a form PSC09 within 14 days to update the record at Companies House.  Fines can be levied against both the company and its directors and secretary for failing to comply. 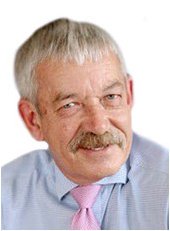