The Insolvency Service enjoys wide powers in administering compulsory company liquidations and personal bankruptcies. These extend to investigating companies that are still trading and where it suspects financial or other misconduct. 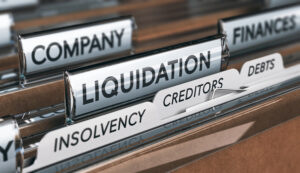 Its official receivers are tasked with the administration and investigation of a case when a company goes into compulsory liquidation, or when a bankruptcy order is made. Following receipt of complaints from members of the public – typically these are from customers, investors, or other creditors – they can launch an investigation.

Last month, the government announced that new legislation will be introduced ‘to target company directors who dissolve their businesses and leave staff or taxpayers out of pocket.’

In practice, this means that The Insolvency Service will receive greater powers to investigate directors of companies that have been dissolved. According to a government statement, these new powers will act as ‘a strong deterrent against the misuse of the dissolution process.’

The measures, which will sit with the Secretary of State for Business Kwasi Kwarteng, are contained in the Ratings (Coronavirus) and Directors Disqualification (Dissolved Companies) Bill. They will be retrospective, enabling the Insolvency Service to tackle directors who have inappropriately wound-up companies that have benefited from the Bounce Back Loan Scheme (BBLS) and Coronavirus Business Interruption Loan Scheme (CBILS).

Kwarteng has previously said that ‘Using company dissolution as a mechanism for the evasion of a directors’ duties has no place in the governance of a responsible enterprise.’ In a statement to accompany the announcement of the Bill, he went further: ‘We are determined that the UK should be the best place in the world to do business. Extending powers to investigate directors of dissolved companies means those who have previously been able to avoid their responsibilities will be held to account.’

Regrettably, some directors have used dissolution in the past in order to avoid scrutiny and accountability for their actions, which would otherwise be under the spotlight in a liquidation.

The dissolution procedure is a relatively quick, simple and cost-effective mechanism which enables a company to have its name struck off the register of companies. It is then deemed to be dissolved. But some directors have recognised that this can also be misused to evade both scrutiny and creditors’ claims.

In the context of the Covid-19 pandemic, one such creditor could be the Government, especially given the enormous scale of pandemic-related financial assistance, most notably loans made primarily under the BBLS, but also the CBILS. Hence the measures announced in the Bill are specifically aimed at combatting fraud under these schemes.

At present, the only available remedy to put right the potential injustice to creditors of a dissolved company would be to apply to restore it and then bring an action against the directors or place it into liquidation and get a liquidator to investigate the conduct of the directors.  The process required to do this can be complex and will take time. Further someone has to fund this costs. Which is why it is rare that creditors apply to have a company restored.

It is because of the widespread anticipation that many companies which have had BB loans will become dissolved that the Government has announced that new powers will be given to the Insolvency Service to investigate the conduct of their directors.

However, there is a clear danger these new powers may be used in a scattergun manner for every company that has been dissolved and which have BB loans, or for other government creditors. As a result, directors will need to exercise great caution when they sign the form to dissolve a company, or allow it to be dissolved.

In order to limit the risk of facing a claim or to increase the prospect of raising a justifiable defence, clear documentary evidence must be retained and produced. This can help to prove a range of important considerations: what the loan was for, the motive behind the application, how the company dealt with the pandemic, and what the money was spent on. Keeping minutes of board meetings where the decision was taken to dissolve the company is also of vital importance.

Collectively and separately, these documents can illustrate how an informed decision-making process was undertaken and the appropriate decisions reached. Properly assembled and presented, they can be invaluable in helping to defeat any claims made by the Insolvency Service for disqualification, and/or other sanctions, on the basis that there was no breach of duty and, accordingly, no sanctions or bans should be administered.

The proposed new legislation has not yet been passed. Once enacted, interpretation of how it operates in practice will inevitably become shaped by subsequent case law. In terms of how this might develop, the current body of case law regarding claims by liquidators against directors for breach of duty may provide some guidance on how best to defend allegations made by the Insolvency Service.

On balance, the Government has made a good strategic move in changing the law to combat fraud under the pandemic loan schemes where dissolution has taken place, although caution must be taken when deciding which director or directors to target. Those who have applied for a BB loan and then decided to spend it on non-company matters – for example, fast cars and jewellery – and then dissolve the company, must be held to account.

But those innocent directors who are simply trying to survive and help the economy to recover have already been punished by losing their business. They should not be further sanctioned in what has been a horrible 18 months for many British companies.

Beyond the additional powers conferred by the new legislation to the Insolvency Service, the Government should perhaps look at the current procedure for dissolving a company. Arguably, this simple administrative task could be subject to further checks and safeguards at the stage when the forms are completed and filed.

If it were not quite so easy for directors to dissolve a company in the first place, without any checks being made, it might help to limit the problem arising and ultimately save time and resources for the Insolvency Service. 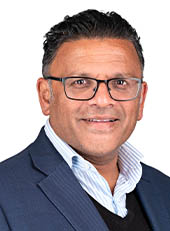