How the probate fee consultation will impact estates

The forthcoming hike in probate fees, particularly on more valuable estates, breaks the tacit principle that the fee charged for such a service should in some way be linked to the amount it costs to render. The simple fact of the matter is that it costs no more in administrative terms to issue probate for an estate which is worth £3m than it does to issue it for one worth £55,000, meaning that any increase in the fees respectively charged is punitive in nature and would, at any other time and under any other set of circumstances, be described as a ‘tax’.

In simple terms, the new system will replace the current flat fee on all estates worth more than £5,000 –  £155 if the application is made via a solicitor and £215 if is made personally –  with a banded set of charges. Those estates valued at up to £50,000 will pay no fees, those valued between £50,000 and £300,000 will pay £300, with the fees charged then rising progressively through £1,000, £4,000, £8,000 and £12,000 up to the top rate, charged on estates valued in excess of £2m, of £20,000. This means that the probate fee for the most valuable estates will rise by a factor of an eye-watering 129%. It should also be borne in mind that the figure used to calculate the probate fee charged will be the value of the estate before IHT is paid, and not the actual value which will be passed on to any beneficiaries.

Given that, in the vast majority of cases, the bulk of the value of an estate will be made up of the value of a main property (particularly in areas of the UK, such as the South East, which have seen huge rises in property values) the rise in probate fees will place those representing an estate – generally, let it not be forgotten, a grieving family member – in what is an almost perfect representation of a legal catch 22; the assets of an estate cannot be accessed or realised until probate has been granted, but the fees required to fund probate cannot be raised until the estate can be accessed.

There is, of course, no guarantee, or even expectation, that the person executing a will should automatically have easy access to the kind of funds required to break such a logjam, meaning that, in many cases, it will be necessary to take out a loan.

In the past – when probate fees formed a fairly small aspect of the administering of an estate – many law firms would be happy to advance this money, whilst banks might provide bridging loans. The rising fees, however, will result in both of these scenarios becoming less frequent, and even when a loan is made available there may well be a significant delay between probate being granted and the fees required to pay the loan back being released or realised, particularly if this involves the sale of a property. No matter how the process unfolds, the higher probate fees will result in extra pressure – financial, emotional and administrative – being placed upon the shoulders of the executor of the will.

The argument put forward by the government, that the rise in probate fees will be offset by the increase in IHT allowance thresholds, fails to stand up to inspection on several counts, the main issue being the fact that IHT thresholds and exemptions are finely calibrated, whilst the probate fee is charged across the board on a flat calculation of the worth of an estate. Thus, IHT exemptions only apply to a main residence being passed to a direct descendent, and IHT exemptions are only granted to spouses. Probate fees make no such distinctions; a grieving spouse, deemed fit to be spared the financial hit of IHT, will still be expected to find as much as £20,000 before they can begin to put their affairs in order, as will any other beneficiary, whether that’s a child, charity or larger number of loved ones.

Another alteration to the system – less headline grabbing than the vertiginous increase in fees for obvious reasons – is the fact that there will no longer be a lower fee charged in those cases where probate is administered by a solicitor.  According to paragraph 20 of the consultation document released by the government, probate applications made by non-solicitors generally require more administration than those made by solicitors, so the flat fee in both cases further diminishes any link between the fee being charged and the service being provided, as well as encouraging people to embark upon what can be a fairly complex process without the benefit of professional advice.

The necessity of seeking professional advice when preparing an estate has always been present but has been underlined further by the increase in probate fees, particularly at the top end of the scale, and the fact that these fees – thanks to their across the board nature and fairly crude delineation – seem set to persuade more people to adopt ‘asset depletion’ tactics aimed at lowering the value of their estate below the level at which the higher fees would be charged.  This is a tactic which is particularly likely to be adopted in those cases in which a pound less in overall assets could result in thousands of pounds less having to be paid in probate fees, or in which a matrimonial home, passed from spouse to another, could result in fees of £20,000 having to be paid by a surviving spouse who, whilst inheriting a sufficiently valuable property, might be in no position to pay such a fee up front.

One tactic designed to remove the need for probate is the placing of assets in joint ownership. Whilst this may prove effective, however, it does place people in a particularly vulnerable position. In the first instance, they may be pressured into sharing the ownership of their assets and thus reducing the amount of control they have over them both during their life and when disposing of them after death. Secondly, the issue of varying the particular ownership of assets opens up a wider vista of possible exploitation.

Whilst signing a main residence over to joint tenancy may seem like a fairly simple step to take, more complex estates might require more complex measures, such as transferring assets such as property, investments or business interests, into trusts, thus maintaining control whilst, in legal terms, relinquishing ownership.

In recent years the laws around trusts – as well as those pertaining to the transference of assets to overseas territories – have become much more complex, not least as a reflection of the widespread perception that such financial tools were being used as means of aggressive tax avoidance.

Over all of this looms the shadow of mis-selling, and the fact that the greater the motivation to plan estates in order to avoid higher probate fees becomes, the greater the risk there is of unregulated providers selling products ostensibly designed to achieve this aim, whilst actually being simple money making devices.

A body such as the Solicitors for the Elderly (SFE) is ideally placed to offer advice on the issue of probate fees and all other aspects of estate planning.  Made up of legal professionals from across the UK, such as solicitors, chartered legal executives and barristers, it specialises in offering advice to older people faced with exactly the kind of issues which the increase in probate fees has thrown into stark relief. Not only will the members who make up the SFE have the legal expertise needed to examine the technical intricacies of the situation, they have amassed the experience to understand that issues around estate planning and passing on assets are, for the individuals involved, often as much emotional as they are legal.

Whilst careful estate planning is always to be welcomed, the extreme nature of the rise in probate fees, particular at the top end of the scale, allied to the arbitrary placing of the various cut off points, means that too much focus will be placed upon dragging the net worth of a person’s assets down below a certain level. It must always be remembered that an estate only becomes ‘an estate’ upon the death of the person to whom it belongs. Until that moment it is simply their assets and, in later life, often the source of any income.

The greatest shame of a move such as the increase in probate fees will force people, especially in London and the South-East, to think of their assets in terms of estate planning from an earlier stage and in much more detail. This will result in many people’s day to day finances being altered, to their material disadvantage for a perceived long term aim. 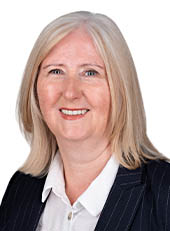