High Court rules on validity of notice to quit 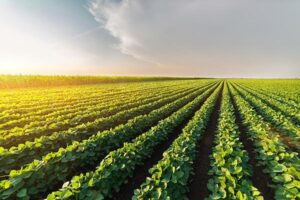 Most people are aware that companies have legal identities separate from the individuals who control them. The application of that basic principle can, however, be problematic and certainly posed a difficult conundrum in a case concerning an agricultural tenancy.

When a landlord served a notice to quit on a farmer under the Agricultural Holdings Act 1986, he was entirely unaware that the farmer had three days previously assigned his lease of the relevant land to a company. The company, as tenant, argued that the notice was invalid in that it had been misaddressed to the farmer. That contention, however, failed to convince a judge.

Ruling on the company’s challenge to that outcome, the High Court acknowledged that, where a lease has been assigned, a notice to quit given to the assignor is generally ineffective. It noted, however, that the farmer was the company’s sole shareholder, director and company secretary. It bore his initials and surname in its title and its registered office address was the same as his home address. He had carried on managing the land as he had done prior to the assignment.

The Court noted that the Act does not lay down any requirements as to the form or content of a notice to quit. Such a notice may be given orally or in writing and need not identify the tenant by name. Had the notice simply been addressed to ‘the tenant’, there could have been no argument regarding its validity.

The landlord’s ignorance of the lease assignment was a relevant part of the context in that it provided an obvious explanation as to why the notice had been erroneously addressed to the farmer personally. The landlord’s clear intention was to serve the notice on the person who was in fact the tenant and he made an obvious mistake in identifying the farmer as that person. A reasonable recipient could not have been misled by the notice, the validity of which was upheld.