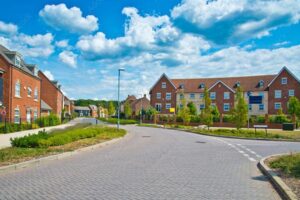 Most people would say that they would recognise a road if they saw one. However, as a ground-breaking High Court ruling showed, the ordinary meaning given to such commonplace words is not always perfectly aligned with their legal definition.

The case concerned a proposal to build houses on a site that was only accessible via a privately owned way. The local authority for the area refused outline planning permission for the project on the basis that it would be unacceptable on road safety grounds unless a traffic regulation order were made. The council took the view that it had no power to make such an order because the way was not a ‘road’, within the meaning of Section 142 of the Road Traffic Regulation Act 1984.

Ruling on a challenge to that decision brought by the site’s owners and its would-be developer, the Court noted that Section 142 defines a road as ‘any length of highway or any other road to which the public has access’. It was agreed on all sides that the way was not a ‘highway’ but that, as a matter of ordinary language, it was a ‘road’.

The way was a cul-de-sac that served a small housing estate. There had never been any obstacle or barrier that discouraged public entry to the way, nor had any signs ever been in place indicating that the way was private or that public access was restricted. Local people used the road, both with cars and on foot, and there was nothing to distinguish it visually from an ordinary public highway.

The way was nevertheless private and members of the public who accessed it did so as tolerated trespassers, without permission or any other lawful right. The claimants contended that such access was sufficient to satisfy the Section 142 definition. The council, however, asserted that the way could only be a ‘road’ if accessed by the public lawfully, with express or implied permission.

Preferring the claimants’ arguments, the Court noted that the case of members of the public who wilfully defy prohibitions by entering onto private land where they clearly have no right to be is different from the case where members of the public make habitual use of a road which appears no different from any other road. Local people who used the way, although strictly speaking trespassers, very probably did not understand that there was any difference between its legal status and that of other roads in the neighbourhood.

The Court concluded that access to a private way by tolerated trespassers – so long as it is not in the face of, or in defiance of, the efforts of the landowner to prevent such access – is sufficient to meet the statutory definition. Such a conclusion accorded with legal authority and the underlying purpose of the legislation relating to traffic regulation and motoring offences. It followed that the way was a ‘road’ for the purposes of Section 142.