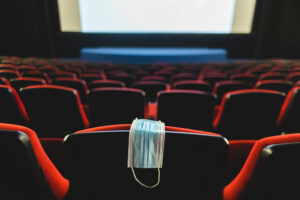 Where the COVID-19 pandemic rendered the use of commercial premises illegal or unviable, should the resulting losses fall on the landlord or the tenant?

The case concerned cinema premises that were required to shut during lockdowns. Even when permitted to open, continuing restrictions were said to have rendered the business unsustainable. Between the start of the first lockdown and 16 May 2021, the cinema was open for only 71 days and its takings were £247,000. During the same period in 2018-2019, takings were £8.92 million.

After the tenant ceased to pay rent in June 2020, the landlord launched proceedings to recover about £2.9 million in rent arrears and service charges. It sought summary judgment on its claim against the tenant, the original tenant under a previous lease and their parent company, which guaranteed sums due under both leases.

In resisting the claim, the defendants argued that they were not liable to pay rent and service charges relating to lockdown periods, during which the premises could not legally be open. They asserted that rent and service charges were only payable at times when the premises could be used as a cinema with attendance levels in line with those anticipated when the leases were entered into.

Ruling on the matter, the Court noted that the leases forbade use of the premises for any purpose other than that of a cinematograph theatre with associated services. However, the landlord expressly gave no covenant, warranty or representation that the premises could lawfully be used for that permitted purpose.

The Court found that the defendants had no real prospect of success in arguing that terms should be implied into the leases so as to relieve them from liability. Such terms were not so obviously necessary as to go without saying, nor were they required to give the leases business efficacy. The question of where the risk of the cinema being required to close should lie was a matter for negotiation. The fact that, as matters stood, the risk fell on the tenant did not lead to a conclusion that the leases lacked commercial or practical coherence.

The Court also rejected the defendants’ arguments that the cinema’s enforced closure amounted to a failure of consideration that undermined the whole basis of the leases. The leases continued to subsist and the tenant had remained in possession throughout. The ability to use the premises as a cinema was not fundamental to the basis on which the leases were entered into.

The defendants having no realistic prospect of successfully resisting the claim, the landlord was granted summary judgment. The sum payable on a summary basis was, however, reduced to take account of an arguable counterclaim in respect of certain insurance matters.