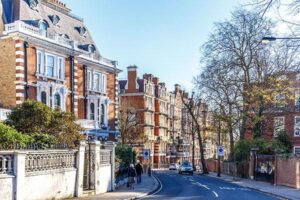 In a guideline case the High Court defined the circumstances in which a property owner can access his neighbour’s land in order to carry out repair and maintenance works in the absence of an agreement between them.

The case concerned a large house in a prestigious city centre location that was being comprehensively remodelled by a developer with a view to sale on the so-called ‘super-prime’ market. The developer wished to re-render and repaint a flank wall lying on the boundary with a neighbouring property which was undergoing a similar redevelopment.

In order to carry out the works, the developer required access to a passageway belonging to the owner of the neighbouring property. After the owner refused to consent to the proposed incursion, the developer launched proceedings, seeking an order under the Access to Neighbouring Land Act 1992.

Ruling on the matter, the Court noted that, although the Act had been in force for almost 30 years, this was the first time its provisions had been considered by a higher court. That was a measure of both the legislation’s careful drafting and the common sense and neighbourliness of most landowners.

In granting the developer an access order, the Court found that the proposed basic preservation works were reasonably necessary and that the developer reasonably required access to the passageway in order to carry them out. If carefully timed and planned with a view to minimising disruption, the owner would suffer no substantial hardship and there would be no major interference with, or disturbances of, its enjoyment of the neighbouring property.

The order made provision for the method and timing of the works and for appropriate compensation to be paid to the owner. Lamenting the absence of trust between the two sides, the Court noted that the Biblical precept to ‘love thy neighbour’ is one that owners of neighbouring properties would do well to abide by. After much effort and expense, the case had produced an outcome that, with only a modicum of goodwill, might well have been agreed.