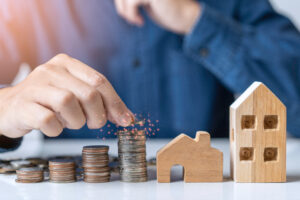 Companies engaged in developing UK property are often registered abroad and that can pose legal difficulties for creditors. As a High Court ruling showed, however, in the event of insolvency proceedings, it is a company’s centre of main interests (COMI) that matters, rather than its registered office address.

A firm of architects was owed a judgment debt of £354,000 by a Jersey-registered property company. The debt arose from the firm’s engagement by the company to assist in obtaining planning permission for a hotel development in England. With a view to recovering its money, the firm lodged a winding up petition against the company.

The debt was not disputed and the company’s sole director also did not dispute that it was unable to pay its debts. The company argued, however, that its COMI was the same as its registered address in Jersey and the Court thus had no jurisdiction to hear the petition.

Rejecting that argument, however, the Court was satisfied that the company’s COMI was at all times in England. All the places in which it pursued its economic activities, held assets, conducted negotiations and exercised management functions pointed towards that conclusion.

The company’s sole economic purpose was to carry on business in the UK by developing the property, its principal asset. Its name itself indicated a likelihood that it was a special purpose vehicle. Its contracts were governed by English law and subject to English jurisdiction. Save for formal board meetings, which took place in Jersey, its head office administrative functions were conducted in England.

The company also failed to persuade the Court that its finances had been affected by the COVID-19 pandemic so that, by virtue of the Corporate Insolvency and Governance Act 2020, no winding up order could be made against it. Having accepted jurisdiction to consider the petition, the Court directed that it be listed for hearing in the general winding up list.