The gig economy and the future of self-employment 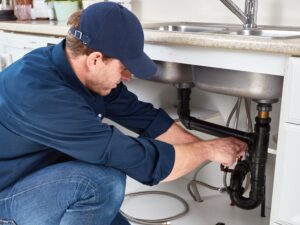 The term ‘gig economy’ has featured in numerous news reports and headlines recently, not to mention analysis of the Spring Budget. However, debate and uncertainty surrounding the definition of self-employment remains prominent. Some associate self-employment as being employed in everything but name, and therefore not benefiting from key employment benefits traditionally enjoyed by employees, including sick pay, and paid holidays. On the other hand, some align self-employment as working a full-time job for a reasonable rate of pay while managing to avoid higher tax obligations, due to lower national insurance rates. Arguably, different viewpoints highlight a lack of clarity surrounding self-employment; a problem recognised by the government via the establishment of the Taylor Review.

The recent debate surrounding the gig economy has centred upon two separate developments. The first of these were the numerous legal actions in which workers for companies such as Uber, Deliveroo and Pimlico Plumbers attempted to establish that they were, to all intents and purposes, directed and controlled by their employers rather than genuinely self-employed, and thus entitled to entitlements which full-time workers have traditionally enjoyed. The other relatively recent news story which placed the spotlight on the workings of the gig economy was the attempt by Chancellor Philip Hammond to reduce the discrepancy in national insurance payments made by employed and self-employed workers.

In its Spring Budget announcement, the government pledged to increase the Class 4 national insurance payments made by the self-employed by 1 per cent to 10 per cent in April 2018 and 11 per cent in April 2019. It was estimated that this would raise £145 million a year by 2021-22 and would cost those affected an average of 60p per week.

The complex argument around employment and self employment

The government’s decision, and subsequent U-turn, highlights the complexity of the argument now being rehearsed over employment and self-employment. While the move to raise NI contributions was seen as an attack on the new wave of ‘sharing economy’ businesses which rely on technical innovation to revolutionise working patterns, it also marked a recognition on the government’s part that the label of self-employment is being used by some businesses and workers to evade the standard tax responsibilities.

A report published recently by the think tank The Resolution Foundation, entitled ‘A Tough Gig?’, highlights the pivotal role the various strands of self-employment have come to play in the UK economy as a whole, as well as detailing the increasingly broad spectrum of employment covered by the gig economy. In headline terms, there are more than five million self-employed workers in the UK today. Much of the growth in this sector has taken place since the financial crash of 2008, during which time self-employment has accounted for 45 per cent of all employment growth in the UK. The report highlights that many of those in the gig economy are engaged in fairly precarious and relatively underpaid occupations. While the cases in which workers have taken companies such as Uber to task over their employment status have certainly been clustered in such occupations, the rest of the Resolution Foundation’s report indicated that the publicity given to such cases could have skewed perceptions surrounding the issue.

Less publicised, is that more than 60 per cent of the growth in self-employment since 2009 has been driven by traditionally high-skilled, high pay sectors such as law, accounting, IT and management consultancy, fuelled principally by tax advantages associated with self-employment

The challenge emerges for the government in reducing tax advantages in relation to the higher income sectors while simultaneously ensuring those individuals in the more precarious sectors are protected.

The need for clarification is thus being pushed from two directions at once; the workers who are being told by their employers that they are self-employed despite having little or none of the autonomy which this status generally provides, and those who opt for self-employed status on the basis of the tax advantages and flexibility it offers. In between this push are the businesses trying to take advantage of increasingly flexible working structures whilst building a long-term business model strong enough to survive the disruption threatened by changes in tax policy or an absolute redefinition of self-employment. Across the spectrum, the most damaging aspect of the current status quo is likely to be the uncertainty which persists. The government has attempted to settle this uncertainty by launching the Taylor Review, an independent examination of the UK labour market and the degree to which employment regulations are failing to keep pace with the changes currently taking place.

Although the terms of reference of the report forbid it from making recommendations on tax policies, Matthew Taylor, tasked with heading the review, is on the record as stating that the tax advantages flowing from self-employed status are among the factors driving the shift. It has also been hinted that the report, due to be published this summer, may suggest the creation of an official website via which workers can establish their status – employee, worker or self-employed – and then call upon employers to prove otherwise.

Whatever conclusions the Taylor Review does reach it seems clear that the current ambiguity surrounding the self-employed should not continue indefinitely. Whether it involves businesses taking advantage of workers, well remunerated employees taking advantage of preferential tax rates or the government as a whole struggling to maintain public finances, the ongoing difficulties inherent in defining ‘self-employment’ have too broad an impact to be left unheeded. The difficulty, as Philip Hammond discovered, lies in finding solutions which combine effectiveness with minimum repercussions, whilst avoiding damaging a sector of the economy which has helped to drive the UK toward record levels of employment. Unless this circle can be squared, the gig economy will continue to be a source of more than a little confusion