The Equal Pay Act of 1970 gave men and women the right to be paid the same as each other for:

• Like work;
• Work rated as equivalent by analytical job evaluation study; or
• Work of equal value.

That was 45 years ago and the legislation was reinforced by the Equality Act in 2010. Done deal, then.

Or not. The EU says that the gender pay gap in the UK is 19.7 percent (against an EU average of 16.3 percent). This doesn’t include the influence of full-time/part-time work, however the Fawcett Society says that the current overall gap for full-time workers is 13.9 percent.

The government has announced that, 45 years after the legislation was first introduced, it intends to end the gender pay gap. The first step it means to take is to require all companies employing 250 or more people to report their gender pay gap publicly.

Calculating the pay gap has to start in April 2017 and the tables will be published one year after that. What this amounts to is that companies will have to show the number of men and women in each pay range, rather than calculating where an actual gap exists between payments for like or comparable jobs.

Causes of the gender pay gap include:
• A low value being placed on work that is seen as “women’s work”; and
• A continuing tendency in some quarters to regard men as the main breadwinners.

Carolyn Fairbairn is director general of the CBI and she has said that league tables should not be used to name and shame companies. Perhaps they should not – but the likelihood is that they will. Social media and a combative press have combined to make offending against the prevailing ethos more damaging to a company’s turnover than it used to be, and the prevailing ethos today says that women and men should be paid the same.

My advice – because this will not end with companies employing at least 250 people – is to take a close look now, not just at actual pay rates, but at the philosophy behind the way they decide how much to pay for which jobs.

Don’t treat the reporting requirement as a box-ticking exercise. Let it instead be a way of examining how you value the human component in your firm and, if possible, gain public approbation for a proactive approach.

When it all goes wrong, the gender pay gap can be expensive. Employees taking their case to a tribunal have found in recent years that they are pushing at an open door. For advice on this or any other aspect of employment law and the legal relations between employer and employed, contact me, Alasdair Hobbs, at Excello law. 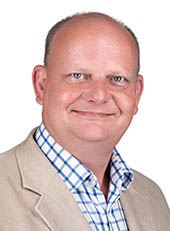