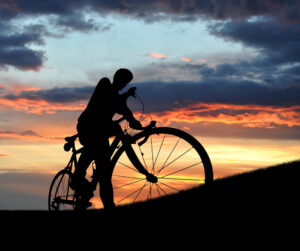 Ms. Varnish has spent years in a legal battle over her claim she should be considered an employee of British Cycling or UK Sport and therefore should be subject to certain protections under law – including sick pay, a pension and the right to sue for unfair dismissal.

If successful, her case could have had far reaching implications for professional athletes and sport funding bodies.

Following a two-day remote hearing in May, the judge, Mr Justice Choudhury, said yesterday (15/07/2020): “The [original] tribunal was entitled to conclude, based on an evaluative judgment taking account of all relevant factors, that the claimant was not an employee or a worker. The tribunal had not erred in its approach to the assessment of employee status and nor had it reached conclusions that no reasonable tribunal, properly directed, could have reached.”

If Varnish, a former world silver medallist, had been deemed an employee, it would have allowed her to pursue a claim against both British Cycling and UK Sport for unfair dismissal and sex discrimination.

But the tribunal decided that the use of public funds from the National Lottery to provide coaching, the lack of remuneration from British Cycling to Ms Varnish and a grant from UK Sport that took the place of ‘wages’ was inconsistent with being an employee or a worker.

In law, it is important to consider the difference between an employee, a worker and being self-employed.  The employment tribunal likened Jess Varnish’ position to a student receiving a grant and ruled she could not, therefore, be seen as an employee of British Cycling or UK Sport.

Of course, this does not just apply to elite athletes. Companies must consider how employees have employment rights that are not given to freelancers, such as the right to holiday pay, statutory sick pay, maternity or paternity leave and redundancy rights.

The designation as a worker gives lesser protection than an employee but still affords some protection, for example, under the Working Time regulations, national minimum wage and paid holiday.

Jess Varnish fell into neither the employed or worker category and the appeal tribunal rejected her submission that the services provided by British Cycling amounted to remuneration, finding that they were “benefits”.