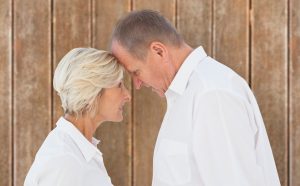 The case of Owens v Owens is unusual. Not because Mrs Tini Owens is a woman of 68 who wants to divorce her 80 year-old husband, Hugh: after all, in 2016, there were 114,000 divorce petitions in England & Wales. What marks out the Owens case is that Mr Owens contested the divorce – one of 800 such cases a year, and one of just 17 that proceeded to a final hearing. But more than that, the Owens case was especially unusual because it was the only one contested divorce to reach the Supreme Court, which it did in July.

Mrs Owens’ grounds for divorce were simple. Following a marriage that had lasted 40 years, she was unhappy in a loveless union which had broken down. And on that point, the appeal failed. As a result, the practical affect of the court’s majority ruling is that she must stay married to a man whom she wants to divorce; she is handcuffed by the law. The supreme court judges “reluctantly” told her that she had to remain as Mr Owens’ wife because a joyless marriage is not adequate grounds for a divorce if one spouse refuses to agree. Mr Owens’ lawyers argued that his wife has failed to prove that the marriage has broken down irretrievably.

In what the media labelled a “lamentable case” which showed our marriage laws to be “archaic”, the decision of five supreme court judges upheld earlier rulings by a family court and the court of appeal. “The appeal of Mrs Owens must be dismissed. She must remain married to Mr Owens for the time being,” the supreme court judge Lord Wilson said in his ruling. “Parliament may wish to consider whether to replace a law which denies to Mrs Owens any present entitlement to a divorce in the above circumstances,” he added with judicial understatement.

It was not a sudden breakdown. That had happened thirteen years ago and the couple finally separated when Mrs Owens moved out of the family home in 2015. There is no doubt, therefore, that the judges found the case troubling when they dismissed the appeal, albeit on a strict interpretation of the law, even though it was manifestly obvious that the marriage was long since over. In delivering his judgment, Lord Wilson added: “the Family court takes no satisfaction when obliged to rule that a marriage which has broken down must nevertheless continue in being”.

The key point in this strict interpretation of the law is that the petitioner when relying on unreasonable behaviour must show “not that the behaviour is unreasonable but that the expectation of continued life together should be unreasonable.” In practice, this interpretation has not been used in divorce cases throughout Britain for many years. Most petitions succeed on behaviour based on only a few, often fairly ‘mild, non inflammatory’ examples. They succeed because in most cases the respondent does not elect to contest them since they also wish to divorce.

Resolution, the professional group for 6500 family lawyers intervened in the Supreme Court hearing to make submissions that the law should be changed. They have long campaigned that the Matrimonial Causes Act 1973 should be amended to enable people to obtain a divorce on a ‘no fault’ basis. But as the court said, only Parliament can change the law. With the impact of Brexit, Family law reform is not high on the government’s agenda. In the meantime, Mrs Owens will have to stay married to her husband until 2020, at which point they will have been separated for long enough to justify the divorce under current legislation.