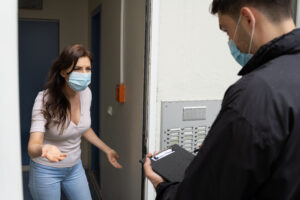 The case concerned mixed commercial and residential premises that were held on a 20-year lease. By mistake, the rent paid by the tenants for one quarter was £500 short of what it should have been. The landlords’ response was to forfeit the lease by instructing bailiffs to take possession of the premises by peaceful re-entry.

The rent arrears were paid four days later, but the tenants delayed five and a half months before applying for relief from forfeiture. By that time, the landlords had re-let the premises. Whilst commenting that it appeared very harsh to forfeit a lease that had 10 years left to run over such a modest sum in arrears, a County Court judge refused to grant the tenants relief, principally on grounds of delay. That decision was, however, reversed by a more senior judge.

Upholding the landlords’ challenge to that outcome, the Court of Appeal noted that the longer a tenant leaves it before seeking relief from forfeiture, the less likely it is that their application will succeed. The re-letting of the premises was relevant to the exercise of judicial discretion and the mere fact that the tenants had made their application within six months did not mean that they should be treated as having acted with reasonable promptitude. The County Court judge had made no error of law in refusing relief and her decision was restored.