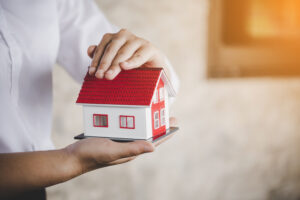 The practice of permitting so-called property guardians to occupy premises in order to protect them against trespassers and vandals is now widespread – but what is their status in law? The Court of Appeal considered that issue in a guideline case.

Pursuant to an underlying agreement with the property arm of the NHS, a company permitted premises that were formerly used as nurse accommodation to be occupied by numerous property guardians. The stated purpose of agreements the guardians entered into with the company was to protect the premises against intruders, anti-social behaviour and metal thieves.

The case concerned one guardian who, on termination of her agreement, declined to leave the premises. A district judge granted the company a summary possession order against her on the basis that she had no viable defence to the claim. That decision was, however, later reversed by a more senior judge who found that the claim was genuinely disputed on grounds which appeared to be substantial.

In her defence to the claim, the guardian argued that she had an assured shorthold tenancy. Pointing out that the premises were a purpose-built residential building, she said that she had been granted exclusive possession of a numbered, lockable room that she had herself selected. Although communal areas were shared with other guardians, she was entitled to decide whether to grant the company’s agents access to her private space.

Upholding the company’s appeal, however, the Court found that it was entitled to make use of the summary possession procedure. In the light of the surrounding circumstances and the stated purpose of the company’s agreement with the guardian, the district judge was right to find that the latter had no realistic prospect of establishing that she had a tenancy, as opposed to a temporary licence. There was also no arguable basis on which it could be said that the underlying agreement between a linked company and the NHS property arm was a sham.