At 11pm on  31st December 2020, the precise moment at which the UK-EU post-Brexit transition period came to an end under the terms of the 2019 UK-EU Withdrawal Agreement, the UK ‘s Department of International Trade issued an updated version of its guidance note, originally issued on 15th August 2019, entitled “Trading under WTO Rules”. 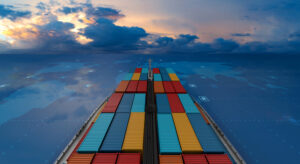 This guidance notice states that “if no trade agreement exists between the UK and another country, trade with that country takes place under WTO rules” and provides helpful information on what trading under WTO rules means in practice.

The guidance notice confirms that, subject to an exception for some developing countries which are eligible to get trade preferences through the UK Generalised Scheme of Preferences, WTO rules require that the same trading terms must be applied to all WTO members when a WTO member (such as the UK) trades with any of them (unless there is a “trade agreement” (as defined) in place between the relevant WTO member countries). This is known as MFN ( Most Favoured Nation) treatment.

According to the guidance notice, “MFN means that the UK cannot offer better trading terms to one country and not another, unless through a trade agreement”. Examples of countries given in the guidance notice, with which the UK currently trades on this MFN basis, are China, India, Brazil and Saudi Arabia.

>>> Establish the UK origin of your goods for tariff purposes;

>>> Paying tariffs on imports into the UK;

>>> Paying tariffs on exports from the UK;

>>> Continue to comply with regulations;

>>> Changes to trade in services;

>>> Make sure your professional qualification is recognised; and

One of the principal concerns around the prospects of a “no deal” end to the post-Brexit transition period on 31st December 2020 was the concern that the flow of personal data from the EEA to the UK would be disrupted because the UK would thereafter become a “third country” for the purposes of the EU General Data Protection Regulation (EU 2016/679) and EU data protection law more widely and that there was no “adequacy” determination in place by the EU to permit such flow of personal data to continue as before.

Fortunately, the UK- EU Trade and Cooperation Agreement (TCA), which was announced on 24th December 2020, includes Article FINPROV. 10A, entitled “Interim provision for transmission of personal data to the United Kingdom”. This Article provides that for a period of 4 months from 1st January 2021 (automatically extended to 6 months unless either party objects) the transmission of personal data from the EEA to the UK shall not be considered as a transfer of personal data to a “third country” under EU law, unless in certain circumstances (and without the approval of the Partnership Council set up under the TCA) the UK during that period of extension elects to change its own data protection laws from what they were at the end of the post-Brexit transition period on 31st December 2020, in which case the period of extension would end at that time. The period of extension would also end upon an “adequacy” determination being made by the EU as it would no longer be necessary.

This is all very sensible and shows a willingness by the UK and the EU to live in the real world and acknowledge the painful disruption to business and personal life that might otherwise have arisen. Hopefully, a positive “adequacy” determination or other long-term measures, balancing needs for safeguarding personal data against commercial needs to circulate that data between the EU and the UK, can be made or agreed in that interim period.

A helpful Declaration from both sides accompanied the TCA in which they “take note of the European Commission’s intention to promptly launch the procedure for adoption of adequacy decisions with respect to the UK under the General Data Protection Regulation and the Law Enforcement Directive, and its intention to work closely to that end with the other bodies and institutions involved in the relevant decision-making procedure”.

The TCA also contains some positive provisions on Digital Trade, defined as “trade enabled by electronic means” (excluding, however, audio-visual services), which are contained in Title III (Digital Trade) of Heading One to Part Two of the TCA.

An example of this is that, subject to some exceptions (principally for “public interest reasons”), Title III precludes the use of “localisation” requirements imposed by either the UK or the EU obliging the localisation or storage or processing of personal data in the imposing party’s territory or prohibiting these things in the other party’s territory or making similar demands with regard to the use of computing facilities or network elements. This is a commitment that will be reviewed after three years.

Another example of a provision favouring Digital Trade is a provision requiring each party to ensure (subject to exceptions) “that contracts may be concluded by electronic means and that its law neither creates obstacles for the use of electronic contracts nor results in contracts being deprived of legal effect and validity solely on the ground that the contract has been made by electronic means”.

Title III also contains provisions prohibiting the imposition of customs duties on electronic transmissions as well as a number of consumer–focused provisions (such as provisions against unsolicited direct marketing) designed to protect consumers’ interests in the course of digital trade and provisions designed to improve public access to government data.

The TCA does appear to recognise the importance of regulating the use of data (and in particular personal data) in a way which safeguards the interests of the public but also facilitates cross- border business activity between the UK and the EU.

It seems, however, that there is more work to be done.

Under a banner headline” Brexit heralds streamlined approval for GM foods”, The Times of 8th January 2021 reported that “genetically modified food production could be approved in England under [UK] government plans for a “faster and more efficient” regulatory system outside the EU”.

The Times report refers to a press release and an accompanying consultation paper which was issued by the UK Department for Environment, Food & Rural Affairs (Defra) on 7th January 2021 and a related presentation to be given by the Environment Secretary, Chris Eustice, to the Oxford Farming Conference on the same day.  In his speech, Mr Eustice referred to two technologies applied in the production of food – Gene Editing and Genetic Modification – which as a result of a European Court of Justice ruling in 2018 (not specified by Mr Eustice or the press release or the consultation paper but believed to be Case C-528/16) appeared to have been lumped together as falling within the EU rules relating to “genetically modified organisms” (GMOs) and which EU rules were incorporated into the UK’s  “Retained EU Law” on the UK’s departure from the EU Single Market and Customs Union at the end of the post-Brexit transition period on 31st December 2020. The UK Government now sees an opportunity to remove “Gene Editing” from the definition of GMOs in English law on the basis, according to The Times report of Mr Eustice’s speech, that he said that ”there was a significant difference” between gene editing – which involves no foreign DNA and makes changes that could be achieved more slowly by natural breeding- and genetic modification” and genetic modification of foods.

According to the Times report, Mr Eustice said at the Oxford Farming Conference that the EU had been holding back scientific progress and that the UK Government wanted to reform the regulation of both technologies – gene editing and genetic modification – so that the reformed regulation “delivers a better result, a more considered result but does so in a faster and more efficient way”. In other words, (as Mr Eustice might have thought) Brexit gives an opportunity for the UK to change EU-derived regulation as it continues to apply in England (because the UK  Government’s competence in this area appears only to extend to England and not to Scotland, Wales or Northern Ireland where presumably the devolved administrations have sway) so as to do things better and differently – certainly in the area of food production.

The UK- EU Trade and Cooperation Agreement of December 2020 (the TCA) is full of references to the ”level playing field for open and fair competition” between the UK and EU and related restrictions on the reduction of environmental and public health standards and general commitments designed to maintain those standards but in its press release Defra says specifically that “Government will continue to work with farming and environmental groups to develop the right rules and ensure robust controls are in place to maintain the highest food standards while supporting the production of healthier food”.

Having said this, food-related genetic editing and genetic modification remain controversial technologies and one can imagine legal and political challenges coming to any proposals to refine and/or relax the restrictions on the use of those technologies in food production.

The TCA and related future relationship agreements between the UK and the EU speak a lot in general terms but are not very specific terms about how much the two parties can diverge from each other and yet still retain the benefits of those agreements. We shall have to see how things develop!