Brexit and the Queen’s Speech

The Queen’s Speech, which was delivered to the UK Parliament on 11th May 2021 and outlined the UK Government’s legislative programme for the new Parliamentary session, was designed to promote the post-Brexit agenda of the UK Government.

The background briefing paper, published by the UK Prime Minister’s Office to accompany the Queen’s Speech, contains a section entitled “Benefitting from Brexit” which sets the tone by stating that “the [UK] Government will take full advantage of the opportunities of exiting the EU” and that “the programme of reform enabled by our exit from the EU will provide new opportunities for growth, expand our horizons, reduce burdens on business and save taxpayers’ money while upholding workers rights and welfare standards”.

Prominent amongst the announced legislative Bills which are intended to support this post-Brexit approach are a Subsidy Control Bill and a Procurement Bill.

The background briefing paper comments that the Subsidy Control Bill will implement “a domestic UK subsidy control regime to reflect our strategic interests and particular national circumstances, providing a legal framework within which public authorities make subsidy decisions” and that the Procurement Bill will consolidate “the 350+ EU derived regulations and [create] a single, uniform framework, including defence procurement, to allow more freedom for suppliers and the public sector to innovate and work in partnership with the private sector”.

Other Bills which were announced in the Queen’s Speech and which the background briefing paper links to the UK Government’s post-Brexit legislative agenda include a National Insurance Contributions Bill (which supports the UK Government’s proposals for Freeports), a Professional Qualifications Bill (enabling the UK to recognise professional qualifications from across the world with a view to ensuring that employers can access professionals where there are UK shortages) and a Planning Bill (which, according to the background briefing paper, “will simplify and enhance the EU derived framework of environmental assessments for developments”).

On education, the background briefing paper mentions “the Turing Scheme, a new international educational scheme that has a global reach unlike Erasmus+, which is EU-focused” and, on animal welfare, the paper refers to the UK Government’s intention to introduce new legislation to take animal welfare protection beyond the steps already undertaken by the EU.

The general message about the UK’s post-Brexit future, as reflected in the Quenn’s Speech, is upbeat and one hopes that these positive aspirations can be turned into reality. 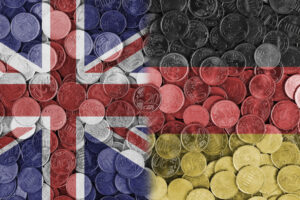 The UK Government published updated Guidance on “Living in Germany” on 12th May 2021.

This is perhaps emblematic of the fact that the economic and personal ties between the UK and Germany are strong. Anecdotal evidence, however, suggests that a number of German mid-sized companies (the so-called “mittelstand”), as well as smaller German companies that were major contributors to Anglo-German trade and investment have found it somewhat difficult to cope with the additional red tape caused by Brexit.

The Financial Times, in a report on 13th May 2021, stated that “Germany accounts for a quarter of all EU exports to the UK meaning it has been affected more than most countries by Brexit disruption. Many of the small and medium-sized companies that are the backbone of Germany’s export-focused economy have struggled with the extra customs checks and bureaucracy now needed to ship goods to the UK.”  The Financial Times report included a number of case studies to prove its point.

Hopefully, these are temporary difficulties and things will improve as businesses in the UK and Germany get used to the new procedures.

Encouraging figures from the UK’s Office for National Statistics suggest that in March 2021 two-way trade in goods between the UK and the EU increased substantially over the preceding two months, of which a significant proportion may well have been attributable to Anglo-German trade.

On citizens’ rights matters, according a Guardian report on 13th May 2021 based on research by the UK’s Independent Monitoring Authority for Citizens’ Rights, one in 10 EU nationals living in the UK are considering leaving the UK after 30th June 2021, the deadline for settled status applications to remain in the UK. Of these, quite a number are thought to include German nationals.

There is clearly a lot of reassurance still required at both personal and business levels to set the UK-German relationship back on track.

According to the Guidance, the changes made by the new EU VAT e-commerce package will affect businesses in one or more of the following circumstances:

The Guidance states that the changes will also affect online marketplaces that facilitate the sale of goods:

The Guidance suggests that the changes are designed to simplify VAT administration in certain respects and in particular the Guidance comments that two new IT systems will be introduced – one for the collection of VAT on imports of low value consignments and the other for the collection of VAT on intra-EU business to consumer transactions of goods.

We shall have to see what happens!