In the context of arguments between the UK and the EU over the implementation of the Protocol, one side or the other has threatened at times to invoke Article 16 of the Protocol. 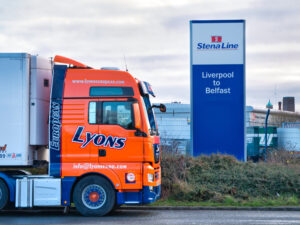 Article 16 is an emergency safeguard measure enabling either side to deviate from the Protocol if the application of the Protocol “leads to serious economic, societal or environmental difficulties that are liable to persist, or to diversion of trade”. The safeguard measures are required to be “restricted with regard to their scope and duration to what is strictly necessary in order to remedy the situation” and the safeguard measures taken by one party can trigger “rebalancing “ counter-measures by the other party if the safeguard measures create “an imbalance between the rights and obligations under this Protocol”. The rebalancing counter-measures do, however, need to be “proportionate” and restricted to such measures “as are strictly necessary to remedy the situation”. Annex 7 to the Protocol sets out strict reporting and consultation procedures for involving the UK-EU Joint Committee set up under the Protocol in helping to resolve issues under Article 16 with a view to the removal or restriction  of the Article 16 measures or counter-measures as soon as possible.

As the arguments concerning checks on the import of “sausages” and other chilled meats (to use one example) from Great Britain into Northern Ireland continue to mount, it may be as well to remember that the structure and tone of Article 16 indicate that Article 16 is very much a tool of last resort and not a weapon to be easily thrown about. Reading the article in “The Sunday Times” of 13th June 2021, entitled “Johnson and Macron’s barney on the beach as sausage war sizzles”, this might be hard to believe, with accusations apparently flying around about whether the UK with its four nations is in fact a real country in the way that France, for instance, is a unitary state. The UK Prime Minister’s Office, however, described the UK-EU discussions – taking place alongside the more sober deliberations of the G7 Summit in Cornwall – in more diplomatic terms in its press release  of 12th June 2021, namely, by saying that in the meeting between the UK Prime Minister, Boris Johnson, and the President of the EU Commission, Ursula von der Leyen, and European Council President, Charles Michel, the two sides:-

“..discussed the ongoing issues with the implementation of the Northern Ireland Protocol. The Prime Minister made it clear that the UK is committed to finding practical solutions within the framework of the Protocol which protect the aims of the Belfast (Good Friday) Agreement and minimise the impact on the day to day lives of people in Northern Ireland.

They agreed on the need for continued meaningful engagement to resolve the outstanding issues.”

Is the press release a fig leaf which will turn into a peace offering or is it a piece of diplomatic casuistry? Time will tell!

Brexit and a Proposal to Shed Some UK Financial Regulations

The online newsletter, City AM, has reported in an article on 16th June 2021 that the UK Government–appointed Taskforce for Innovation, Growth and Regulatory Reform (TIGRR), led by the well-known Brexit supporter, Sir Iain Duncan Smith MP, has urged the UK Government to shed, according to the City AM article, a range of regulations on finance post-Brexit so as to “unlock” more than £100 billion of investment in UK small businesses and high-tech growth firms.

The City AM article mentions in particular that TIGRR has called in its report to the UK Government for changes to allow UK pension funds to invest more easily in high risk, high growth tech firms. According to the City AM article, UK pension funds are currently limited as to the investments that they may make by reference to a defined contribution charge of 0.75 per cent.

The City AM article also mentions that TIGRR has called in its report on the UK Government to move away from the EU’s Solvency II regulations, which prescribe how much capital insurance firms must hold. TIGRR is quoted as saying in its report that “Solvency II is probably one of the world’s most restrictive prudential regimes” and that they “are a block to investment and have reduced competitiveness”. According to the City AM article, the TIGRR report also calls for “regulations that encourage and enable local authorities to invest their pension fund in order to fund “their own local economic regeneration”.

What is the relevance of Brexit to all this?  According to the City AM article, the clue lies in Sir Iain Duncan Smith’s reported comment in connection with TIGRR’s recommendations to the UK Government that “now that the UK has left the EU it is important to change our approach to regulation which reflects the needs of the UK”.

Brexit and EU Competition Policy in Times of Change

Mme Vestager explained that the European Commission’s objective to preserve a competitive environment in the EU is as relevant as ever and that in this context the Commission remains attentive to economic and technological developments. This is why the Commission has started a major policy review to

Mme Vestager also referred in her speech to the Commission’s ongoing review of the EU rules applicable to vertical and horizontal agreements and separately to the importance of ensuring that solo self-employed workers can engage in collective negotiations on their terms and conditions of engagement, without risking a competition law infringement.

Mme Vestager made it clear that enforcement of EU competition law is at the “core” of the Commission’s approach in that area of law because “without rigorous enforcement and the knowledge built in cases, new laws risk being nothing more than a “wish list” ”.She said that this was the case both in the antitrust and cartels context and in the context of mergers. She also referred to the Commission’s work in relation to digital markets as well as in relation to the consumer Internet of Things.

The European Commission clearly seems to be active in helping to develop and enforce EU competition policy in changing times.