Brexit update: The life of trees, Republic of Ireland and law reform

Brexit and the Life of Trees 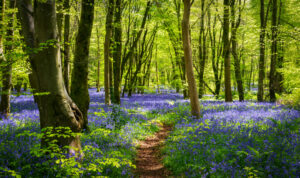 The Sunday Times of 21st  March 2021 reported on research published by the University of Reading contending, according to the newspaper report, that a switch in UK agricultural policy because of Brexit will have an inevitable impact on countryside use in the UK and, in particular, that tens of millions of trees will spring up across the UK and transform the landscape within a decade.

The Sunday Times article refers to the University of Reading team’s research, published in the scientific journal “Land”, which shows that Wales alone will see up to a 20% increase in woodland within 10 years, equating to 85 million more trees, and which also suggests that similar trends could be expected elsewhere in the UK.

This is no doubt good news to the Climate Change Committee (CCC), set up under the UK’s Climate Change Act 2008 to advise the UK Government and the UK’s devolved administrations on emissions targets with a view to the UK achieving Net Zero greenhouse gas emissions by the year 2050. In its report of January 2020, entitled “Land use: Policies for a Net Zero UK”, the CCC made a number of detailed recommendations to drive emissions reductions in the UK – this included increasing UK forestry cover from 13% to at least 17% by 2050 by planting around 30,000 hectares (90-120 million trees) of broadleaf and conifer woodland each year.  The CCC report explained that “sustainably managed forests are important for reducing emissions across the economy. They provide a store of carbon in the landscape and harvested wood can be used sustainably for combustion and carbon sequestration in the energy sector (eg when used with Carbon Capture and Storage (CCS) technology) and as wood in construction, creating an additional stock of carbon in the built environment.”.

Brexit and ecology may to some seem strange bedfellows but the life of trees touches many souls.

Brexit and the Republic of Ireland

The implications of Brexit for the Republic of Ireland are particularly complex because of the country’s unique relationship with the UK.

The Brexit arrangements for the UK (including Northern Ireland) and the Republic preserve the Common Travel Area (CTA) whereby UK and Irish citizens can travel and live and work freely in each other’s countries. The principles underpinning the CTA were re-affirmed in a Memorandum of Understanding entered into between the UK and the Republic on 8th May 2019 and were also expressly recognised by the provisions of the Protocol itself.

Recent frictions between the UK and the EU over Covid vaccine supply, and over the red tape apparently clogging up trade between Great Britain and Northern Ireland because of Northern Ireland’s carefully constructed position as effectively continuing to be part of the EU’s Single Market but, at the same time, being part of the UK’s customs territory, have put the Republic in an invidious position with somewhat conflicting interests as the UK’s nearest neighbour on the one hand but also as a fully paid up member of the EU on the other.

The UK is also, to some extent, feeling the heat (albeit in many ways self-imposed) generated by post-Brexit implementation and, according to some observers, this is one of the factors posing a threat to the integrity itself of the Union formed by the ancient coming together of England, Scotland, Wales and Northern Ireland into the UK.  Nationalist tensions within the four territories of the UK long preceded Brexit but may well have been given a boost by Brexit, given in particular the strong pro-EU vote recorded by Scotland in the UK’s 2016 referendum on EU membership. Furthermore, provisions in the Brexit arrangements, such as those in the Protocol which arguably create an administrative trade border between Great Britain and Northern Ireland down the Irish Sea, have proved difficult for many to absorb and may in turn exacerbate traditional tensions between the UK and the Republic.

The Republic of Ireland and the UK are bound together in so many ways – by family, by culture and by trade, as well as by geography, and by history – and it would be an enormous opportunity lost if the pain of adjusting to Brexit were to sully the much deeper ties that bind the two countries.

On 24th March 2021, the Law Commission, which is tasked with promoting law reform for England and Wales, issued for consultation its suggested themes for law reform to form the basis of its 14th Programme of Law Reform. One of its suggested themes is Brexit-related – in particular focusing on areas of retained EU law “which should be reformed, rather than simply being reabsorbed unchanged into domestic legislation”.

In its accompanying “Ideas for law reform” paper and under the sub-heading of “the UK statute book”, the Law Commission goes into more detail about the work that could be done to remove “mismatches” between concepts of retained EU law (which have been embedded into UK law as part of the Brexit process) and UK domestic law. The Law Commission is suggesting that now that the UK “has control of all the relevant legislation, there are opportunities to bring greater coherence to the areas of domestic legislation most affected by leaving the EU”. This might take the form of an “overarching project to investigate areas where legislative repair has the potential to bring the greatest benefits, working closely with the Office of Parliamentary Counsel and the Government Legal Department”.

English and Welsh law, with its common law tradition, has always looked at things somewhat differently from the heavily Civil Code–based approach of EU law and the Law Commission has identified that there is a job to be done in melding the two systems in the interests of removing uncertainties and inconsistencies “which in turn would help lay a firm platform for future development of the law [ie English and Welsh law]. Alternatively there could be specific areas of retained EU law which can already be identified as being in need of reform”.

The Law Commission consultation on themes for its 14th Programme of Law Reform closes on 31st July 2021 and it will be interesting to see how “retained EU law” fares in due course thereafter as part of changing UK domestic law (and in particular changing law in England and Wales).

Data protection reform: is it really ‘a new direction’?

At a crossroads: what next for data protection regulation?