Brexit update: Supply of services, Competition & Markets Authority, and the work around

Brexit and the Supply of Services 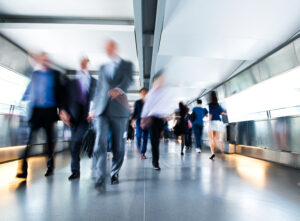 Title II (Services and Investment) of Heading One (Trade) of Part Two (Trade, Transport, Fisheries and Other Arrangements) of the UK-EU Trade and Cooperation Agreement of December 2020 (TCA) deals with the supply of services between the UK and the EU, although there are other sections of the TCA which deal with particular service sectors and also more general provisions relating to services.

On 10th February 2021 and in connection with its “Brexit checker results” online tool, the UK Government re-issued its Guidance (last updated on 28th December 2020) to UK businesses on “Selling services to the EU, Switzerland, Norway, Iceland and Liechtenstein”. The Guidance is of importance, particularly given the importance of the services sector to the UK economy and, as well as an Overview, contains separate sections on:-

The principal message from that Guidance is perhaps for UK services providers to ensure that, in addition to UK legal requirements, they comply with local requirements in each relevant national jurisdiction within the EU (and for that matter within EFTA too), where they operate. The TCA does give rise to certain international legal rights and protections but, particularly in areas such as the mutual recognition of professional qualifications, there are now at least potential non-tariff technical trade barriers in place (for better or worse) between the UK and EU, which were not there before.

On 1st December 2020, the CMA published its “Guidance on the functions of the CMA after the end of the Transition Period”, which described its role going forward into the post-Brexit Transition Period era. One of the areas covered by that Guidance is the “Enforcement of the competition law prohibitions (“antitrust”, including cartels)” as set out in Chapter 4 of the Guidance and, within that Chapter, paragraphs 4.31 – 4.36 deal with the “EU block exemption regulations” in the context of “Retained EU law” (that is to say, EU law effectively retained as part of UK domestic law following the Transition Period).

On 10th February 2021, in line with the above-mentioned Guidance, the CMA announced that it would be conducting a review of the retained EU Vertical Agreements Block Exemption Regulation (Commission Regulation 330/2010) (VBER), which is due to expire on 31st May 2022 and is presently subject to European Commission consultation.

The CMA announcement makes it clear that it will draw on relevant evidence from the European Union’s evaluation of the existing EU VBER and the accompanying EU Guidelines on Vertical Restraints, as part of the CMA’s review.

Interestingly, the CMA’s current approach (as reflected in its announcement of the VBER review) seems to be to wish to preserve the EU’s approach on the VBER so far as applicable to the UK context rather than to start again and re-invent the wheel. Accordingly, in its announcement, the CMA states:-

“Subject to views it receives from stakeholders during the course of the review, the CMA’s current view is that the retained VBER largely delivers what it was intended to deliver, but that it should be examined rigorously to ensure that it takes account of any specific features of the UK economy so that it serves the interests of UK businesses and consumers.“

The CMA further adds in its announcement that “the European Commission has completed its evaluation of the existing EU VBER and the accompanying EU Guidelines on Vertical Restraints, which has concluded that both are relevant and useful tools that help businesses self-assess vertical agreements”.

The CMA will need to make a recommendation to the relevant UK Secretary of State about whether to replace the retained VBER in the UK context when it expires on 31st May 2022 and will be consulting with stakeholders on its proposed recommendation in summer 2021.

The CMA announcement states that it will be reviewing other retained EU Block Exemption Regulations in due course in order to make a recommendation to the Secretary of State on whether or not to replace them in the UK context.

The CMA’s approach to the future of EU Block Exemption Regulations as part of retained EU law in the UK context seems to be evolutionary rather than revolutionary (which is an approach that UK businesses and even UK consumers may well welcome as giving a degree of certainty to commercial life) but we shall need to see what happens.

Brexit and the Work Around

There is some evidence that entrepreneurs, professional services providers, artistic performers, farmers and fishermen and other hard-working people in the UK economy, who may be suffering from what has been described as “teething problems” in adjusting the UK and the EU to the new post-Brexit transition period world, are finding ingenious ways to work around the logjams and non-tariff barriers caused by Brexit.

In a Comment article in The Times of 8th February 2021, the well-known entrepreneur and the co-founder in 1998 of the online travel business Lastminute.com, Brent Hoberman, has written under the banner of “Let’s invest in the next generation of founders” urging successful entrepreneurs to co-invest and collaborate in funds and forums which will support and help train new generations of entrepreneurs in their plans for new generation businesses. Mr Hoberman is himself the co-founder and executive chairman of Founders Factory, Founders Forum and Firstminute Capital which provide this kind of engagement and support. In his article, Mr Hoberman refers twice to the particular need for this kind of private sector involvement in the context of post-Brexit Europe (including the UK).

Governments, suggests Mr Hoberman, have their part to play alongside private sector investors and mentors by offering the right kind of tax and other incentives (subject, of course, to the State Aid rules) and he refers with evident approval in particular to a French Government initiative “that allows entrepreneurs to reinvest 60 per cent of the capital gains from the sale of their shares in new start-ups and to defer the payment of tax on capital gains”.  Mr Hoberman’s conclusion on this point is that “Similarly, we should continue to encourage investors to allow founders of private companies to sell secondary shares to diversify their wealth and reduce risk exposure. The positives are two-fold: less cautious founders; and founders investing in other entrepreneurs before their “big” exit and payday. This will be important if we are to champion intra-European investing, which, again, will be crucial in the post-Brexit landscape.”.

In his article for the arts column of the Times on 12th February 2-21, Richard Morrison, refers to the actions taken by UK-based musicians to try and counter the huge obstacles thrown up by Brexit to their ability to tour within the EU. He refers to online platforms such as Encore and Ooooo, which are enabling UK musicians to promote their art online though the online booking facilities and the live-streaming facilities that they provide. Mr Morrison draws a broad comparison with the entrepreneurship of Cornish fishermen, who are starting to woo the UK domestic market “by craftily rebranding fish species that the British have always been sniffy about eating…” and he goes on to say that he sees “that many fishermen have realised that if they use the internet cannily to emphasise the quality of their product, they can sell directly to customers around the UK rather than relying on middlemen who take most of the profits “.

Human inventiveness is not a new thing and it may be required in spades to speed up post-Brexit reforms in the interests of all stakeholders. Getting that “Ticket to Ride”, in the prescient words of The Beatles’ song, is what may count most.