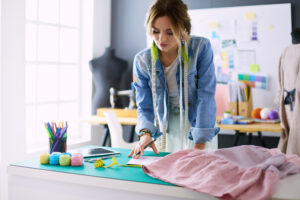 The research is based on a survey of 1483 UK small businesses carried out from 1st to 15th March 2021, of which 207 were importers and/or exporters, and found that 23% of exporters surveyed had temporarily stopped selling to the EU and 4% had decided to stop selling  permanently to the EU, following the introduction of new UK-EU trading rules which took effect following the end of the post-Brexit transition period on 31st December 2020.

The survey also found that small UK importers had been hit hard, with 17% temporarily suspending purchases from the EU and another 6% making use of EU or Northern Ireland warehousing space.

The survey reported that 70% of the importers and/or exporters surveyed had suffered shipment delays when moving goods around the EU in recent weeks but that, interestingly, more than 55% of the importers and/or exporters surveyed had sought professional advice to help them with new paperwork pertaining to EU business activity, often to assist management of customs declarations, rules of origin paperwork and altered value added tax (VAT) obligations.

Commenting on the survey, FSB Chairman, Mike Cherry, is quoted in the FSB’s press release of 29th March 2021 as saying that “three months on from the end of the transition period, what we hoped would prove to be teething problems are in danger of becoming permanent, systemic ones. While larger firms have the resources and bandwidth to overcome them regardless, smaller traders are struggling …”.

In the light of the survey, the FSB’s press release makes clear that the FSB is urging the UK Government to:

The small business sector in the UK has faced particular challenges as a result of Brexit and will no doubt continue to deserve close attention in the future.

On 29th March 2021, the Institute for Government (IoG), a respected UK-based think tank, published a research paper entitled “Scottish independence: EU membership and the Anglo-Scottish border”, in which it examined the proposals of the Scottish National Party (the ruling party in the Scottish Devolved Administration) for Scotland to apply to join the EU as a fully independent nation following independence from the United Kingdom (should that occur).

The conclusions set out in the Summary section of the research paper do not make for easy reading, whichever side of the Scottish independence debate one happens to be on, and suggest that an application for membership of the EU by an independent Scotland would have major consequences for England, Wales and Northern Ireland as well as for Scotland.

The IoG concludes that there are “no easy solutions” to some of the problems that Scottish membership of the EU would cause in terms of Scotland’s relationship with the rest of the UK. On the other hand, as one knows, “where there is a will, there is a way”.

Brexit has unleashed many consequences for the UK as well as for the EU and time will tell where they may lead.

An article (entitled “Brexit: A deal that leaves recognition of UK insolvency procedures uncertain”) by barristers, Mark Phillips QC and Paul Fradley, in the Spring 2021 “Digest” publication of their South Square Chambers, highlights the uncertainties to UK insolvency law caused by Brexit. This situation is in part because the UK-EU Trade and Cooperation Agreement of December 2020 did not cover the insolvency law related issues in question and, therefore, with effect from the end of the UK-EU post-Brexit transition period on 31st December 2020, the UK has left the scope of the EU’s Insolvency Regulation (EU Regulation 2015/848). As a result, it is unclear to what extent UK insolvency proceedings, and the decisions of the UK courts on insolvency matters, will be recognised within the EU – this issue may be of particular importance where the UK insolvency proceedings or decisions concern debtors based in the EU.

As things stand at present, the laws of individual EU Member States would have to be checked to see how they would regard UK insolvency proceedings and decisions.

From the perspective of applicants seeking recognition of EU-based insolvency proceedings and decisions by the UK courts, the position may be a little clearer. This is because, by the UK’s Cross-Border Insolvency Regulations 2006 (SI 1030/2006), the UK implemented  into UK domestic law in 2006 the UNCITRAL Model Law on Cross-Border Insolvency (the Model Law), which enables UK courts to grant recognition and assistance to aid foreign insolvency procedures and decisions falling within the scope of the Model Law.

According to the authors of the article in “Digest”, two measures that would help alleviate much of the difficulty caused by “the current hard Brexit in insolvency cooperation” would be the UK’s accession to the Lugano Convention on Jurisdiction and the Recognition and Enforcement of Judgments in Civil and Commercial Matters 2007 (for which the UK has applied but to which application the EU has yet to agree) and the EU’s implementation of the Model Law.

It is difficult to see how the interests of individuals and businesses in the UK and the EU can be improved by the current uncertainties in cross-border insolvency law and it is to be hoped that politicians in both jurisdictions will rise to the occasion to resolve these known unknowns.