Brexit and the Pharmaceutical Sector 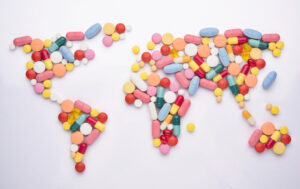 On 16th March 2021, the European Commission and the UK Competition and Markets Authority (CMA), together with the US Federal Trade Commission (FTC), the Canadian Competition Bureau, the US Department of Justice and three Offices of Attorneys General, announced the establishment of a multilateral working group to analyse the effects of mergers in the pharmaceutical sector. The working group was initiated by the FTC but is part of the close cooperation that the national and international competition authorities in question seem to wish to have with each other.

The press release of 16th March 2021 issued by the CMA on the setting up of the working group stated that the group’s “goal will be to identify concrete steps to review and update the analysis of pharmaceutical mergers, tapping into expertise from competition authorities with whom the CMA cooperates frequently, to ensure the most effective enforcement in these crucial markets. The work aims to ensure that CMA investigations include fresh approaches that fully analyse and address the varied competitive concerns that these mergers and acquisitions raise.”

The CMA highlights in its press release that the analysis to be undertaken by the working group is very much in its early stages but that the present intention is for the group to explore issues such as current theories of harm and whether they should be expanded, the full impact of the pharmaceutical sector on innovation and the types of remedies needed to address any competition concerns.

Notwithstanding Brexit, the European Commission and the CMA clearly see a need to cooperate with each other on matters of common interest such as the approach of competition authorities to mergers and acquisitions in the pharmaceutical sector and this will hopefully bring certainty and consistency to developments within that sector.

One of the  EU concerns that seemed to be doing the rounds during the negotiations that culminated in the UK-EU Trade and Cooperation Agreement of December 2020 (TCA) was that the UK would become a low-standards jurisdiction with a view to attracting business away from the EU.

The requirement for both sides to meet various minimum standards has been built into the TCA and the publication on 18th March 2021 by the UK’s Department for Business, Energy and Industrial Strategy (BEIS) of its White Paper entitled “Restoring trust in audit and corporate governance” is further evidence of the UK Government’s determination to uphold high standards of behaviour in the area of large company audits, directors’ duties and corporate governance. The White Paper sets a consultation period closing on 8th July 2021 for consideration of the UK Government’s proposals in this regard.

The White Paper is focused on UK companies falling within an expanded definition of “public interest entities“ (PIEs), which includes large listed and private companies in the UK and the reported proposals include fines or suspensions for directors of PIEs in the event of serious corporate failings for which they are deemed responsible, such as inaccurate accounts or leaving the door open to fraud. There is also a reported proposal requiring UK listed companies to recover bonuses or share awards from executive directors if such directors are deemed to have failed to protect customers’ and employees’ interests. The clawback to end “reward for failure” would apply for at least two years after an award is made.

Other reported proposals in the White Paper include a tough new regulator, the Audit, Reporting and Governance Authority, funded by a statutory levy, to replace the Financial Reporting Council and plans to introduce a managed shared audit scheme in the FTSE 350 audit market that will allow smaller “challenger” audit firms to audit a proportion of a company’s business interests, such as those of its subsidiaries. A stronger operational split of the audit and consulting arms of the Big Four firms of accountants might also be required, in order to minimise conflicts of interest, and further proposals down the line might include a full break-up of the Big Four and a market share cap for FTSE 350 audits. An expansion of audit beyond a company’s financial results to look at their wider performance, including against key climate targets, is also proposed.

The White Paper brings together the work of three reviews commissioned by the UK Government in 2018, namely, Sir John Kingman’s independent review of the Financial Reporting Council, the Competition and Markets Authority’s statutory audit market study and Sir Donald Brydon’s independent review of the quality and effectiveness of audit and adopts many of their recommendations. The need for these reviews is reflected in a number of high profile failures of large UK businesses in recent years, where there were questions about the effectiveness of audit procedures.

The BEIS press release of 18th March 2021, accompanying the White Paper, states that the objectives of the reforms proposed by the White Paper are to:

It may well be that many of these reforms would have been proposed by the UK Government, regardless of Brexit, but Brexit (together with Covid-19) has certainly emphasised to the UK Government the importance of the UK having a robust regulatory regime for its large businesses.

Notwithstanding Brexit, the UK has decided in effect to remain bound by the EU’s fifth Money Laundering Directive ((EU) 2018/843), which (amongst other things) brought any business which is an “art market participant” within the definition of regulated businesses (or “obliged entities” as they are known) for the purposes of the EU’s anti-money laundering regulation. The incorporation of “art market participant” into UK domestic law for the purposes of anti-money laundering regulation was effected by the Money Laundering and Terrorist Financing (Amendment) Regulations 2019 (SI 1511/2019), which largely came into force on 10th January 2020 and the preservation of the 2019 Regulations in UK law as part of so-called “retained EU law” was effected by the UK’s European Union (Withdrawal) Act 2018 (as amended by the European Union (Withdrawal Agreement) Act 2020) and by the Money Laundering and Terrorist Financing (Amendment) (EU Exit) Regulations (SI 2020/991).  The UK’s Sanctions and Money Laundering Act 2018 also enables the UK Government to maintain the vigour of anti-money laundering regulation in the UK.  All this is quite a mouthful to digest!

There are definitions of “freeport” and “work of art” within the 2019 Regulations which help define the scope of “art market participant”.

The provisions of Title X (Anti-Money Laundering and Counter Terrorist Financing) to Part Three (Law Enforcement and Judicial Cooperation on Criminal Matters) of the UK–EU Trade and Cooperation Agreement of December 2020 (as incorporated into UK domestic law by the European Union (Future Relationship Act 2020) have reinforced the commitment of the UK and the EU to continue to maintain high standards in the realm of anti-money laundering and counter terrorist financing regulation.

In an article for The Times on 18th March 2018 entitled catchily “How to prevent Monet laundering”, legal journalist, Jonathan Ames, explained that the UK’s “art market is creative, edgy, world-leading – and, it is feared, a magnet for money launderers”.  He quoted some eye-watering statistics, namely, that “in total, the global art market is thought to be worth more than £50 billion, and the UK has a 20 per cent slice of that pie as of 2019” and that, sadly, according to the United Nations Office on Drugs and Crime,”every year £2.3 billion of the global art market could be linked to money laundering or other financial crime.”

The importance of the UK working together with other countries and international organisations in combating art market–related money laundering or other financial crime is highlighted by these stark statistics and the UK’s legacy as a former member of the EU with a deep understanding of the EU’s approach to anti-money laundering regulation, which the UK was instrumental in helping to fashion, shows how important it is for the UK and the EU to continue to work together where their interests coincide.