Brexit update: Netherlands feeling the benefits, a touch of Frost and The Lugano Convention

Brexit and the Netherlands

On 27th April 2021,  the Brussels-based private–sector news service, EURACTIV, which has been covering EU affairs for some twenty years, published an article headed “Dutch surprise rivals in race for Brexit stock market spoils”, citing a report in the Financial Times that in January 2021 “London was stunned as an average of €9.2 billion of shares were traded each day on Euronext Amsterdam together with two other Dutch share markets, overtaking London’s daily figure of €8.6 billion”. According to the EURACTIV article, Stephane Boujnah, CEO of Euronext, claimed that the figures were still similar in April 2021, raising the question of how permanent and deep is the shift of share trading business from London to Amsterdam and indeed to other parts of the EU following the end of the UK-EU post-Brexit transition period on 31st December 2020. 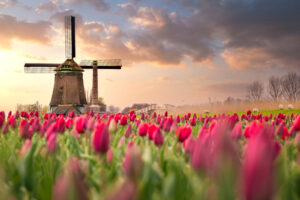 Apart from the boost to the Amsterdam stock market reported by EURACTIV, the same report points out that “Dutch logistics and warehousing companies say they are being inundated with requests from British businesses who are struggling with delays at ports, increased shipping costs, and customs duties on exports to the EU”.  This suggests that some UK businesses are relocating their distribution operations from the UK to the Netherlands as a result of Brexit.

Why the Netherlands in particular? Reasons suggested in the EURACTIV article are the proficiency of the Dutch as English speakers, the Netherlands’ central location at the heart of the EU taking into account as well Rotterdam’s position as the largest port in Europe, and the Netherlands’ business-friendly tax climate enabling firms to establish themselves easily with fiscal representation there.

According to the EURACTIV article, the Netherlands Foreign Investment Agency has said that some 218 companies had moved operations to the Netherlands from the UK since the UK Brexit Referendum on 23rd June 2016 – and that these included not only UK firms but also Asian and US businesses that were, according to the Agency, “rethinking their European structure”.

There is a grey lining to this silver cloud, however, from the Dutch perspective. According to the EURACTIV article, the UK is the Netherlands’ second largest trading partner, with exports worth over €15 billion to the Netherlands’ economy, and there is a general concern that increased Brexit-related costs and red tape will adversely affect UK-Netherlands trade as time goes on.

The UK and the Netherlands are often said to be the two nations most similar to each other in Europe because of their strong democratic traditions and their ability to communicate to each other in English. Hopefully, this will help the two countries to surmount any obstacle to their economic and political relationship caused by Brexit.

Brexit and a Touch of Frost

Lord David Frost, formerly the chief UK negotiator of the Brexit deal which resulted in the  now reformatted UK-EU Trade and Cooperation Agreement 2020/21 and currently the Minister of State at the UK Government Cabinet Office responsible for UK-EU relations, has been quite vocal of late on various subjects appertaining to UK-EU relations.

The “City AM” online news sheet of 17th May 2021 reported that Lord Frost had told the UK House of Commons European Scrutiny Committee that day that the UK Government is setting up a new unit to explore “Brexit opportunities”, particularly around dispensing with EU-derived regulations where they did not serve the UK’s future objectives. Financial services regulations were highlighted in that regard, in the context, for instance, of the recent UK Government-commissioned review chaired by Lord Jonathan Hill suggesting reforms to the UK’s share listing regime and allowing Special Purpose Acquisition Companies (SPACs) to list in the UK.

Lord Frost is quoted in the City AM article as saying that “we shouldn’t accept that we are in the EU’s regulatory orbit for these purposes  [financial services], we do need to go our own way of doing things and [with] our own philosophy behind it”.

Based on encouraging UK to EU export figures for March 2021, as reported by the UK Office for National Statistics, Lord Frost is also quoted as saying in the City AM article that post-Brexit issues with UK-EU trade have now been “largely overcome”.  Clearly, he was not thinking in that context of the problems that have arisen in the implementation of the Ireland / Northern Ireland Protocol to the UK-EU Withdrawal Agreement of October 2019, bearing in mind his reported comments to the above-mentioned European Scrutiny Committee that EU political leaders’ poor understanding of Northern Ireland was contributing to post-Brexit issues and that the “unsettledness” in Belfast had been more than previously expected.

The City AM article says that these reported comments from Lord Frost come after a source close to the UK Prime Minister was said to have told The Sunday Telegraph on 16th May 2021 that the Protocol was “dead in the water”. Strong words!

Problems with the Protocol do seem to appear almost on a daily basis. The Times of 18th May 2021 reports Lord Frost saying that the EU is dictating which new cancer drugs can be provided to patients in Northern Ireland. There is apparently a particular issue with an early stage lung cancer drug, Osimertinib, which appears to be available in Great Britain but, for regulatory reasons, not in Northern Ireland.  Lord Frost is reported by The Times to have told the European Scrutiny Committee that medicine availability is “one of the most difficult and significant issues “ that the UK and the EU are discussing.

Finally, it is worth noting that City AM of the 18th May 2021 quotes Lord Frost as saying that the EU needs to “get used to” the UK having control over its own fishing waters or else there will continue to be “difficulties”. The same City AM article quotes Lord Frost as saying that the UK-EU post-Brexit relationship will be “a bit bumpy for a time”.

Lord Frost seems to be getting a reputation as the UK Prime Minister’s enforcer on Brexit issues. Let us hope that Lord Frost’s interventions will bring a touch of class and not simply a touch of frost.

Brexit and the European Coalition for Corporate Justice

On 13th May 2021, the European Coalition for Corporate Justice (the ECCJ) published an open letter from itself and a number of other non-governmental organisations (NGOs) as well as legal experts, calling for the EU to allow the UK to accede to the 2007 Lugano Convention on jurisdiction and the recognition and enforcement of judgments in civil and commercial matters (the Lugano Convention).

This may well have been in response to the EU Commission’s published recommendation not to allow the UK to accede to the Lugano Convention on the alleged ground that the Convention was only intended to apply to EU and EFTA countries and not to the UK, which is not a member of either grouping. The EU Commission had argued that the UK had sufficient protection anyway under the 2005 and 2019 Hague Conventions if the UK chose to adhere to those Conventions.

In their open letter, the ECCJ explained that the Lugano Convention (as well as the Recast Brussels Regulation to which the UK was a party when the UK was an EU member) provided for mandatory acceptance of the place of domicile as the jurisdiction where defendants could be sued in respect of claims relating to corporate abuse.  According to the ECCJ, this had been of great benefit to claimants worldwide, where the UK courts had accepted jurisdiction to hear claims made on behalf of third world claimants against UK mining and oil and gas companies in cases such as Vedanta v. Lungowe (2019) and Okpabi v. Shell (2021). According to the ECCJ open letter, the two Hague Conventions did not provide equivalent protection.

Without the Lugano Convention, the UK courts might revert to the “forum non conveniens” doctrine, leading to a denial of jurisdiction on the basis that the more appropriate jurisdiction was the place of the claimants (that is to say, the ‘victims’) domicile. This might lead to unacceptable delays and an inability on the part of claimants to access justice, as argued by the ECCJ in their open letter citing the case of Lubbe & Others v Cape PLC (2000) as “a tragic case in point, when around 1000 out of the 7500 foreign plaintiffs died awaiting the resolution of  Cape PLC “forum non conveniens” arguments in UK courts”.

The ECCJ open letter also cited Pillar III of the United Nations Guiding Principles on Business and Human Rights (to which the EU and its member states have committed themselves with a view to advancing access to judicial remedy for victims of corporate human rights abuses) as an additional reason why the UK should be allowed to accede to the Lugano Convention.

It might, of course, be possible for the UK unilaterally to pass domestic legislation accepting the jurisdiction of the UK courts in corporate abuse cases against UK-domiciled corporate defendants and the ECCJ open letter does not comment on this possibility. It seems unlikely, however, that any major industrialised country would willingly and unilaterally put their corporate sector’s head in the noose in that way  – and hence the need for an international approach to that issue.